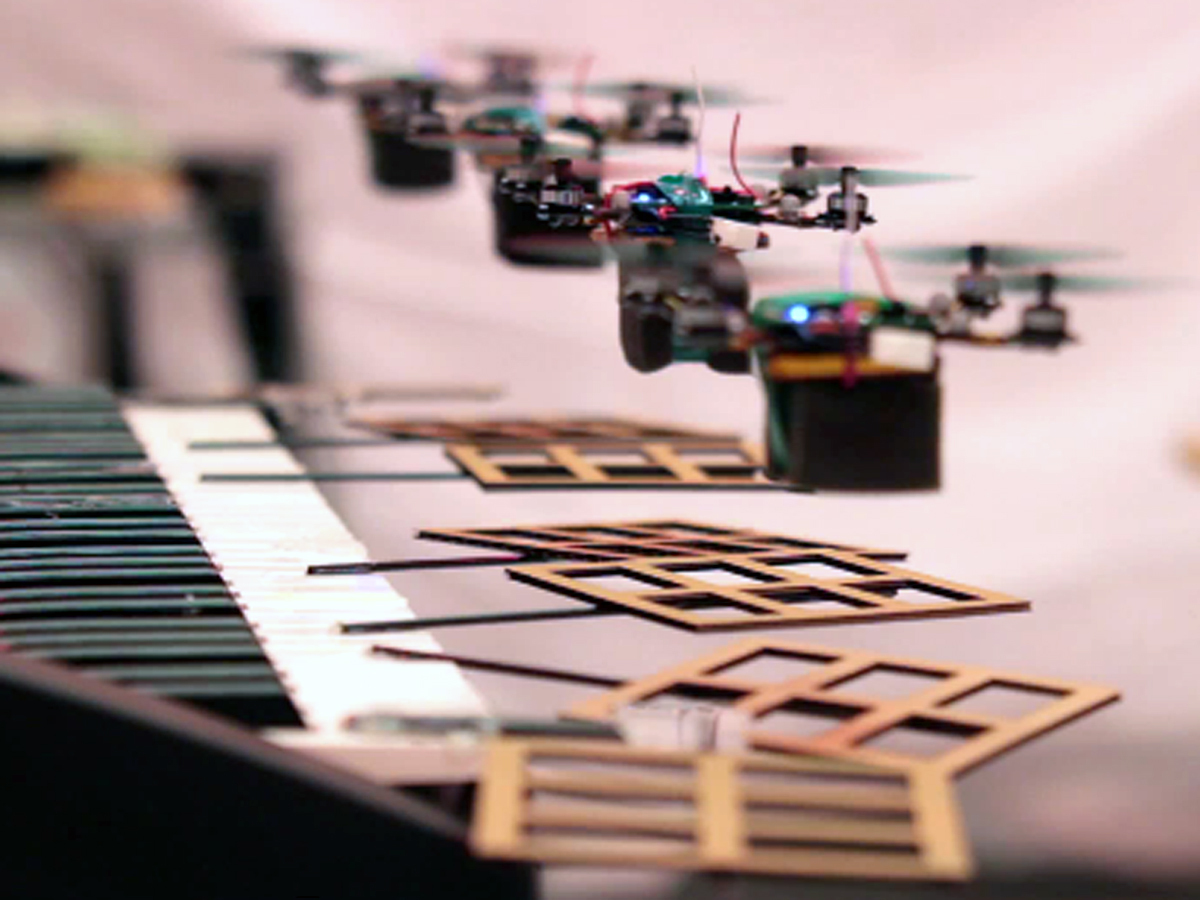 (CBS) - Stop what you're doing this instant and start watching this amazing video of quadrotors designed and built at the University of Pennsylvania performing the James Bond Theme. The music kicks in at about 30 seconds into the clip.

Wow. I mean, seriously - wow! The YouTube video was posted by the University of Pennsylvania who write about the mind-blowing musical performance:

Quadrotors designed and built at the University of Pennsylvania perform the James Bond Theme by playing various instruments including the keyboard, drums and maracas, a cymbal, and the debut of an adapted guitar built from a couch frame. The quadrotors play this "couch guitar" by flying over guitar strings stretched across a couch frame; plucking the strings with a stiff wire attached to the base of the quadrotor. A special microphone attached to the frame records the notes made by the "couch guitar".

These flying quadrotors are completely autonomous, meaning humans are not controlling them; rather they are controlled by a computer programed with instructions to play the instruments.

Penn's School of Engineering and Applied Science is home to some of the most innovative robotics research on the planet, much of it coming out of the General Robotics, Automation, Sensing and Perception (GRASP) Lab.

This video premiered at the TED2012 Conference in Long Beach, California on February 29, 2012. Deputy Dean for Education and GRASP lab member Vijay Kumar presented some of this groundbreaking work at the TED2012 conference, an international gathering of people and ideas from technology, entertainment, and design.

This video has definitely earned a triple-rainbow salute from all of us here at The Feed and f you'd like to learn more about this amazing project, you can go to the University of Pennsylvania website to read an article about it here.

Check out some of the week's best viral videos, courtesy of The Feed!
Thanks for reading CBS NEWS.
Create your free account or log in
for more features.
View CBS News In
CBS News App Open
Chrome Safari Continue
Be the first to know
Get browser notifications for breaking news, live events, and exclusive reporting.