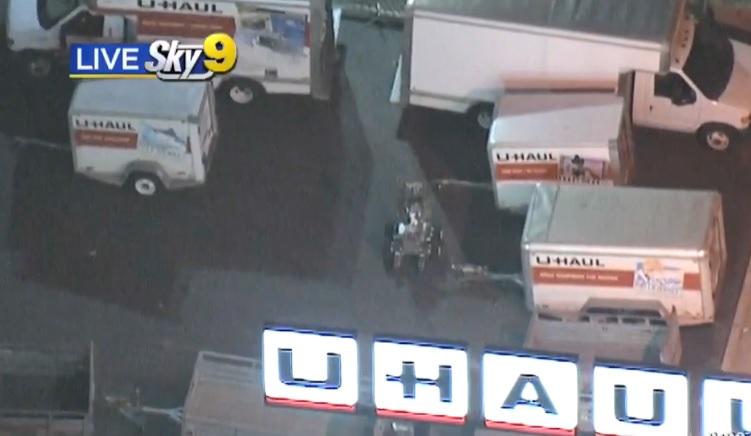 PASADENA — Authorities checked out  a suspicious package and vehicle at a U-Haul parking lot in Pasadena Monday night and evacuated the surrounding area, CBS Los Angeles reports. Pasadena police responded to a call about the package around 5:45 p.m. They also spotted a suspicious vehicle nearby.

Numerous streets in the vicinity were shut down and nearby businesses — including hotels — were cleared out. The media were being kept 3,000 feet away, and the police command post was set up several blocks away.

Gold Line commuter train service was interrupted, since the tracks run parallel to the rental center. A portion of the 110 Freeway was closed in both directions as a precaution.

It wasn't immediately clear why the package or vehicle were deemed suspicious. It was first spotted by U-Haul employees.

Later,  Pasadena's police Chief said the robot tried to detonate the device but there was no explosion. It appears to have been made to look like it was a 6-to-8 inch pipe bomb, but it was apparently a fake.

Authorities said they'd let people return after they confirmed there were no more devices in the area.

Police were trying to find the person or people who planted the device.