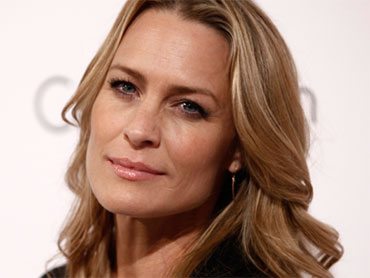 Robin Wright and Richard Schiff will make their Broadway debut next season in a revival of Lanford Wilson's Pulitzer Prize-winning "Talley's Folly."

Producers Phil Monat, T. Richard Fitzgerald and Randall L. Wreghitt announced Tuesday that the production will open in spring 2011 at a theater to be announced. Marshall Mason, who originally directed the play some 30 years ago, will direct. Mason also directed such Wilson plays as "Fifth of July" and "Angels Fall."

Wright is best known for her roles in such films as "Forrest Gump," "The Princess Bride" and "Hurlyburly." Schiff played communications director Toby Zeigler in "The West Wing" on NBC.