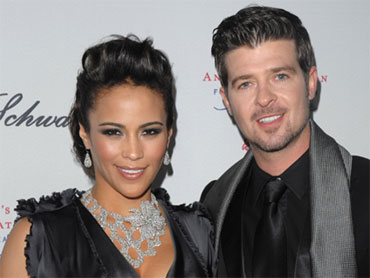 It's a boy for singer Robin Thicke and his wife, actress Paula Patton.

"Mother, father and son are all doing well," Thicke's rep told the magazine.

Thicke was scheduled to perform at Los Angeles' Staples Center with Alicia Keys Tuesday night, but canceled his portion of the show because of "personal reasons," according to the report. Keys offered congratulations to the new father during her performance.