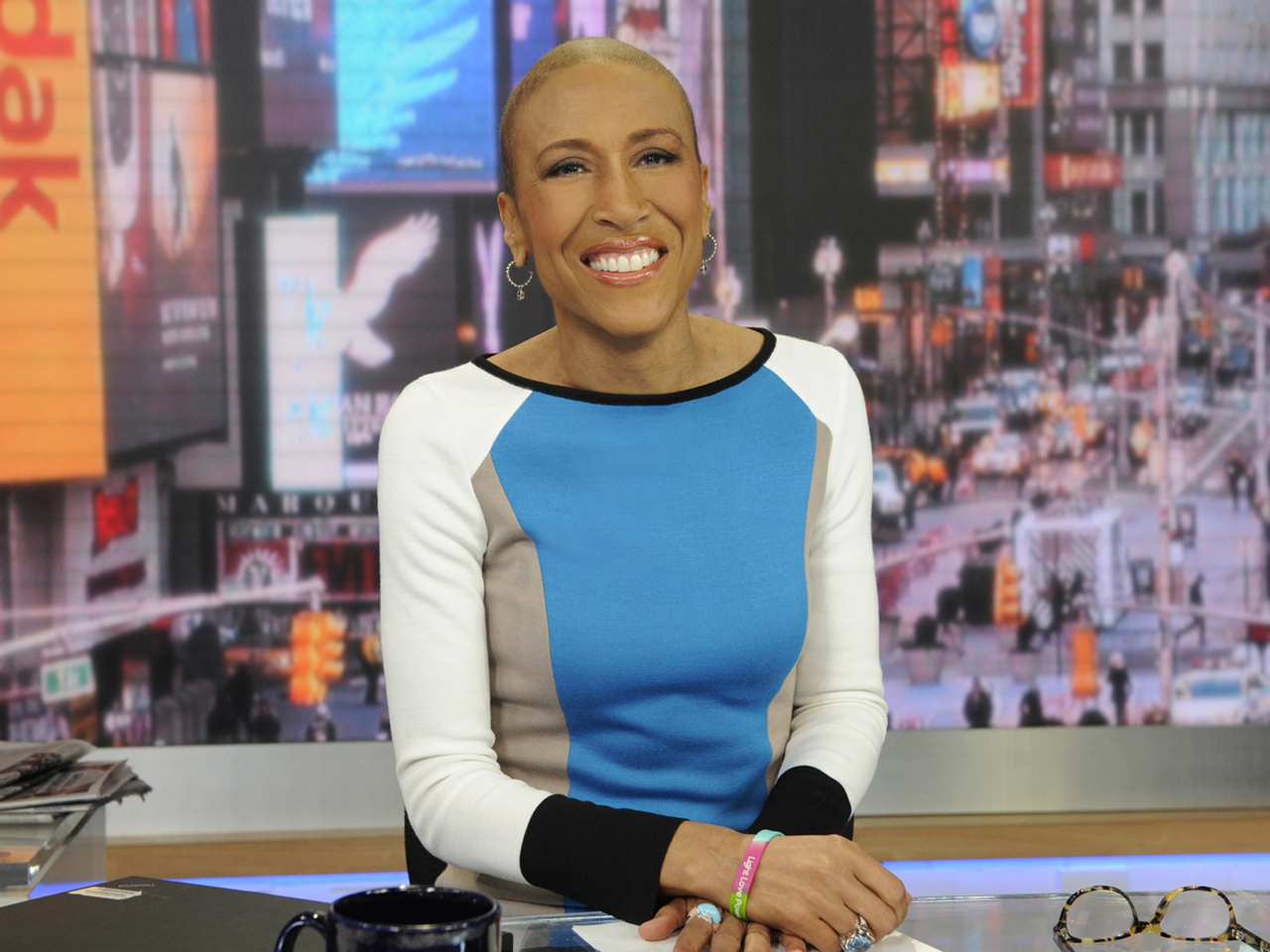 Five months after undergoing a bone marrow transplant, Robin Roberts is back on television in the morning.

The morning-show host is recovering from MDS, a blood and bone marrow disease. She looked thin with close-cropped hair but was smiling broadly, back at work on "Good Morning America" at ABC's studio in New York City.

"Good morning America, and welcome back Robin!" Mr. Obama said in a video segment. The first lady said, "The whole Obama family, we have been thinking about you and praying for you."

"You are an inspiration to all of us!" the president added.