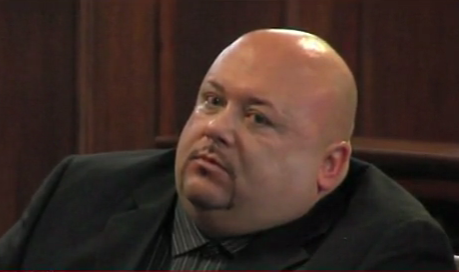 Robert Seman landed in the courthouse rotunda. A sheet was put over his body.

Seman was accused of setting a house in the northeastern Ohio city of Youngstown on fire in March 2015, killing 10-year-old Corinne Gump and her grandparents, Bill and Judy Schmidt. Seman set the home alight because Gump planned to testify against him in a rape case, according to prosecutors.

The trial was scheduled for next week, and Seman was in the courthouse for a status hearing ahead of the trial.

In 1947, Frank Rigelsky committed suicide by jumping off a railing -- from the fourth floor -- in the same courthouse where Seman jumped to his death, according to court employees. Rigelsky had been worried about making alimony payments to his estranged wife following his involvement in a car accident, said news reports at the time.