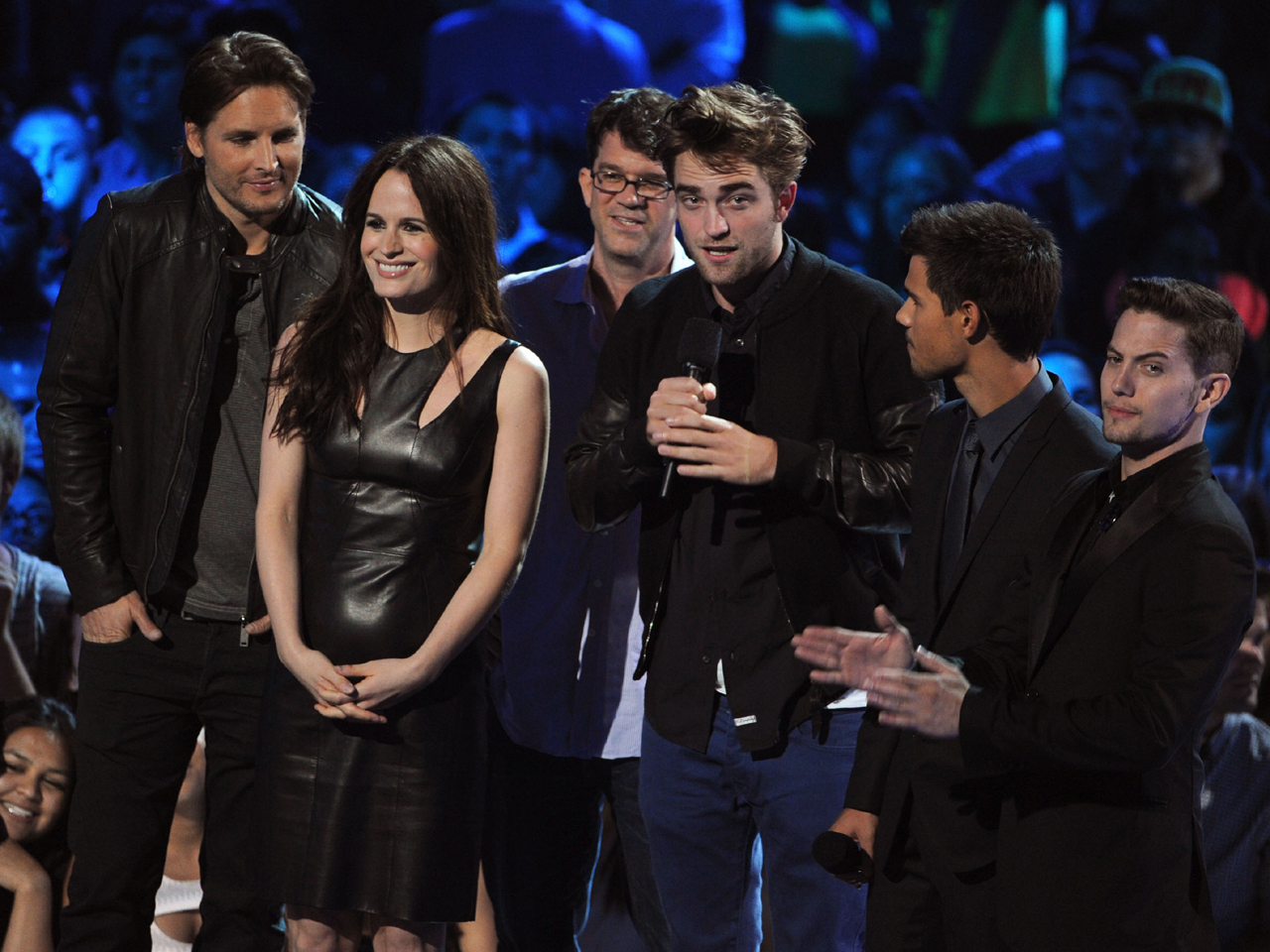 The actor, along with Taylor Lautner, Peter Facinelli, Elizabeth Reaser and other "Twilight" cast members, teased a 90-second clip of 'The Twilight Saga: Breaking Dawn - Part 2.'"


When Pattinson took the mic, he said, "It's been an amazing journey and we'd like to thank all the fans of the series for your incredible enthusiasm from the beginning until now, the final chapter ... This is an exclusive clip from 'The Twilight Saga: Breaking Dawn Part 2.'"

The VMAs marked one of many TV appearances Pattinson has made since word got out about the cheating scandal involving his now-ex, Kristen Stewart, also part of the "Twilight" crew.

While Pattinson previewed the final "Twilight" installment at the VMAs, Stewart was at the Toronto International Film Festival plugging her latest film, "On the Road."