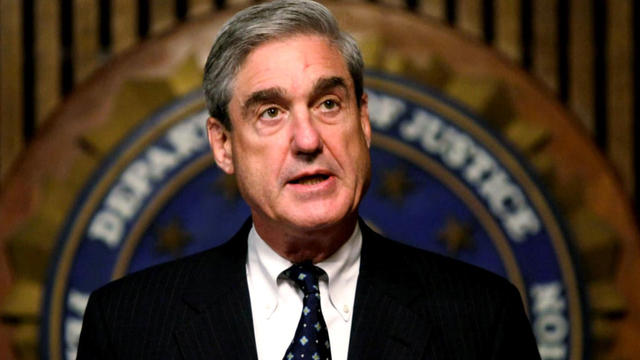 WASHINGTON — More than 20 White House employees have given interviews to the special counsel in his probe of possible obstruction of justice and Trump campaign ties to Russian election interference, according to a document that underscores the breadth of the investigation.

An additional 28 people affiliated with the Trump campaign have also been interviewed by either the special counsel or congressional committees probing Russian election meddling, the document notes. It does not name the people nor provide a breakdown of how many were interviewed by Mueller's team.

According to Dowd, the White House produced nearly 13,000 pages of documents related to Comey and "issues regarding Michael Flynn and Russia."

Dowd released his detailed list of cooperation by the White House and the campaign a day after the president said he was looking forward to being questioned by Mueller's team. Ground rules for that encounter are still being negotiated, but Trump said Wednesday it could occur in two or three weeks.

Separately, transcripts of interviews held behind closed doors in congressional investigations into Russian meddling could soon become public. Those will include the president's eldest son.

Sen. Chuck Grassley of Iowa, the Republican chairman of the Senate Judiciary Committee, said Thursday he will work with the panel's top Democrat, Dianne Feinstein of California, to release the transcripts of interviews with Donald Trump Jr. and others who attended a June 2016 meeting between campaign officials and Russians at Trump Tower in New York.

"Let's get them out there for everyone to see," Grassley said.

Feinstein said they also should be turned over to Mueller.

The rare bipartisan move brings the focus, at least momentarily, back to the initial subject of several different congressional investigations into Russian meddling in the 2016 elections and whether Trump's campaign was involved. In recent weeks, many Republicans have pivoted to focus instead on whether the FBI conspired against Trump when it began investigating the campaign, citing anti-Trump texts between two Justice Department officials who were at one point part of special counsel Mueller's investigation.

Trying to stem some of that criticism, the Justice Department's internal watchdog said Thursday that it had located several months' worth of text messages the department had previously said it couldn't find.

Inspector General Michael Horowitz said in a letter to Congress that his office "succeeded in using forensic tools" to recover messages from FBI devices, including those swapped by a counterintelligence agent, Peter Strzok, and FBI lawyer Lisa Page between December 2016 and May 2017.

Strzok was reassigned from Mueller's Russia investigation following the discovery of anti-Trump text messages he and Page, who was also briefly detailed to Mueller's team, had shared.

Trump has fumed about the missing messages, saying on Twitter that they represent "one of the biggest stories in a long time."

Several congressional committees have been reviewing text messages and have been slowly releasing them. Senate Judiciary is one of those panels, and late Thursday, Grassley revealed additional texts in a letter he sent to FBI Director Christopher Wray. In the newly released texts, Strzok and Page discuss the investigation of Hillary Clinton campaign emails and note that she could be the next president.

"The last thing you need us going in there loaded for bear," Page texts, referring to dealing with Clinton.

Meanwhile, Senate Democratic leader Chuck Schumer criticized the Republicans who have been escalating attacks on the FBI and Justice Department as Mueller's investigation has come closer to Trump's inner circle. Schumer singled out a classified memo that the House intelligence committee has produced and may move to make public. Republicans have said the memo alleges FBI misconduct and some have argued that the public should see it.

"What began as an attempt to discredit the investigator has now devolved into delusional, self-serving paranoia," Schumer said in a Senate floor speech.

In a letter Wednesday, the Justice Department warned the House intelligence panel's Republican chairman, California Rep. Devin Nunes, that releasing the classified memo could be "extraordinarily reckless" and asked to review it.

Assistant Attorney General Stephen Boyd wrote Nunes that given the panel's role in overseeing the nation's intelligence community, "you well understand the damaging impact that the release of classified material could have on our national security and our ability to share and receive sensitive information from friendly foreign governments."

Republican senators have been mostly silent on the memo as House Republicans have hinted at its eventual release. But John Cornyn of Texas, the No. 2 Senate Republican and a member of that chamber's intelligence committee, said Thursday that Nunes and the Justice Department need to work out their differences.

He said he had been briefed by Nunes on the memo but had not yet read it.