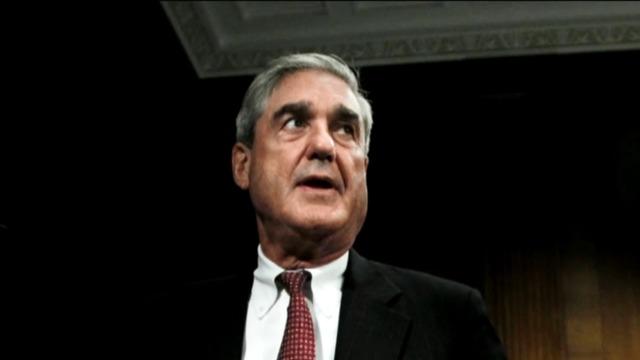 WASHINGTON -- Special counsel Robert Mueller has given a list of almost four dozen questions to lawyers for President Trump as part of his investigation into Russian meddling in the 2016 election and whether Mr. Trump obstructed justice, according to a report published in The New York Times.

The Times obtained a list of the questions, which range from Mr. Trump's motivations for firing FBI Director James Comey a year ago to contacts Mr. Trump's campaign had with Russians.

Although Mueller's team has indicated to Mr. Trump's lawyers that he's not considered a target, investigators remain interested in whether the president's actions constitute obstruction of justice and want to interview him about several episodes in office. The lawyers want to resolve the investigation as quickly as possible, but there's no agreement on how to do that.

"The open-ended queries appear to be an attempt to penetrate the president's thinking, to get at the motivation behind some of his most combative Twitter posts and to examine his relationships with his family and his closest advisers," the newspaper says.

Many of the questions obtained by the Times center on the obstruction issue, including his reaction to Attorney General Jeff Sessions' recusal from the Russia investigation, a decision Mr. Trump has angrily criticized.

On Tuesday, Mr. Trump called the "leak" of questions "disgraceful" once again denying any suggestion of possible collusion as a "phony crime."

Garrett says many of these questions would be expected to be included in any Trump interview, since all are relevant to the core of any inquiry about possible obstruction of justice.

Some variation of those questions were gleaned by Trump's legal team in conversations with Mueller's investigators, Garrett adds. In fact, according to sources familiar with the process, questions in these areas have been sketched out by Mr. Trump's lawyers to have ready should an interview be agreed to.

So far, Garrett notes, there is no such agreement, though negotiations continue.

The questions also touch on the Russian meddling and whether the Trump campaign coordinated with the Kremlin in any way. In one question obtained by the Times, Mueller asks what Mr. Trump knew about campaign staff, including his former campaign chairman Paul Manafort, reaching out to Moscow.

Mueller has brought several charges against Manafort, but none are for any crimes related to Russian election interference during the 2016 campaign. And he has denied having anything to do with such an effort.

The queries also touch on Mr. Trump's businesses and his discussions with his personal lawyer, Michael Cohen, about a possible Moscow real estate deal. Cohen's business dealings are part of a separate FBI investigation.

One question asks what discussions Mr. Trump may have had regarding "any meeting with Mr. Putin," referring to Russian President Vladimir Putin. Another question asks what the president may have known about a possible attempt by his son-in-law, Jared Kushner, to set up a back channel with Russia before Mr. Trump's inauguration.

Additional questions center on Michael Flynn, Mr. Trump's former national security adviser, who has pleaded guilty to lying to the FBI about his discussions on sanctions against Russia with Russian Ambassador Sergey Kislyak during the presidential transition. Flynn is now cooperating with Mueller's investigators.

"What did you know about phone calls that Mr. Flynn made with the Russian ambassador, Sergey I. Kislyak, in late December 2016?" reads one question. Another asks if there were any efforts to reach out to Flynn "about seeking immunity or possible pardon."

Flynn was fired Feb. 13, 2017, after White House officials said he had misled them about his Russian contacts during the transition period by saying that he had not discussed sanctions.

The following day, according to memos written by Comey, Mr. Trump cleared the Oval Office of other officials and encouraged Comey to drop the investigation into Flynn.