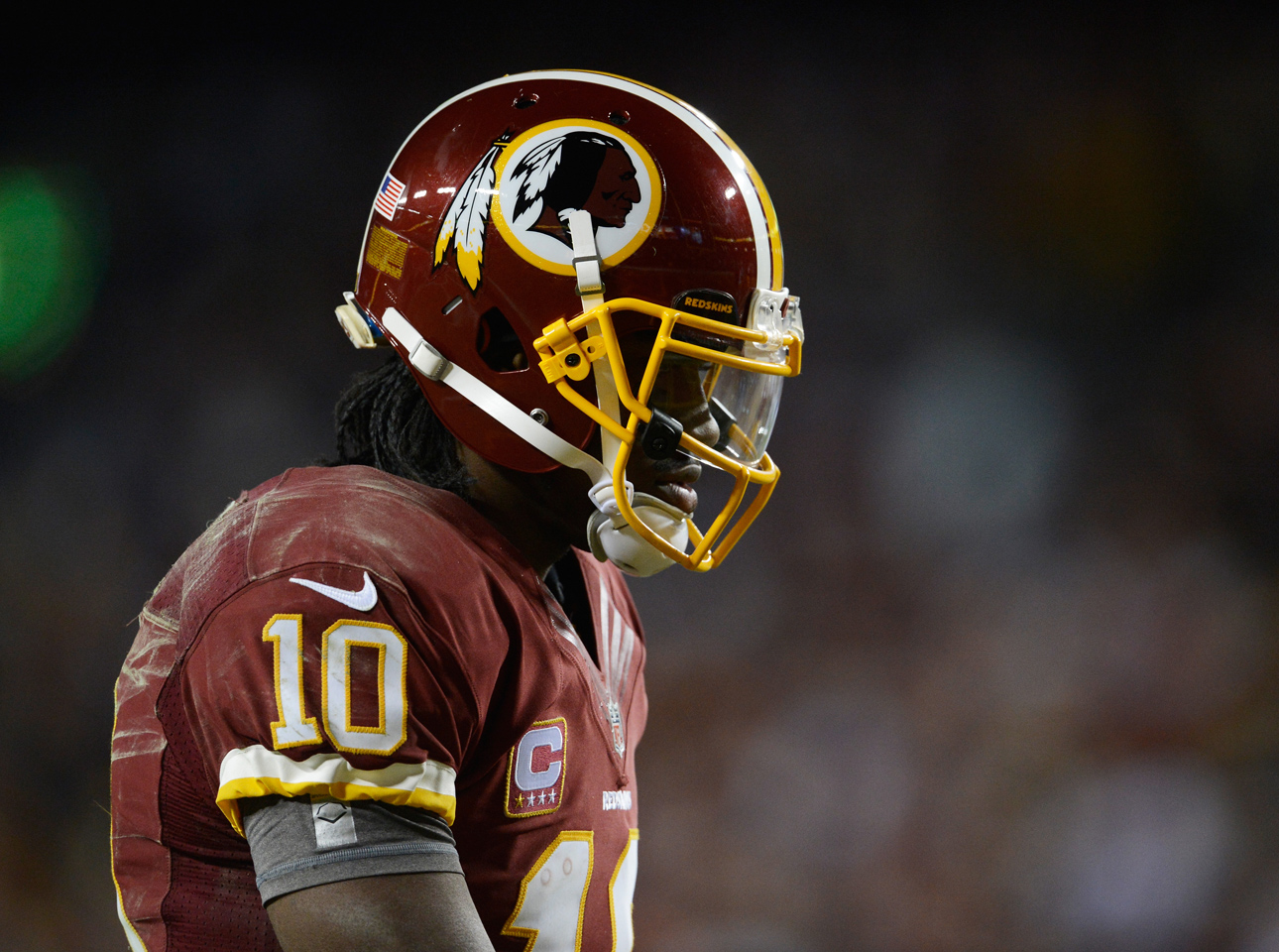 Griffin also chimed in. He did not appear in the locker room during the two hours it was open to reporters Monday morning, but offered some thoughts on Twitter:

Griffin will get more tests on his injured right knee after an MRI proved inconclusive because of a previous ACL tear. Washington Redskins coach Mike Shanahan said Monday that the rookie quarterback will travel Tuesday to see orthopedist James Andrews for more examinations.

Griffin tore his ACL while playing at Baylor in 2009, and Shanahan said sometimes an old injury can cloud the results of an MRI. If Griffin has torn the ACL again, he would likely require a rehabilitation period of nine to 12 months, putting his status for next season in jeopardy.

Already playing with a heavy black brace in his third game since spraining a ligament in his knee, Griffin hurt the knee again when he fell awkwardly while throwing a pass in the first quarter of Sunday's 24-14 playoff loss to the Seattle Seahawks.

Griffin stayed in the game, but he was far from his usual self, clearly favoring the knee and unable to run with the world-class speed that helped define his play early in the season.

Then, in the fourth quarter with the Redskins trailing by seven, the knee buckled the wrong way when Griffin tried to field a bad snap. The Seahawks recovered the fumble deep in Washington territory, setting up a short field goal that helped put the game out of reach. Griffin was done for the night.

If Griffin had been pulled earlier, the critical turnover might not have happened. And, of course, his knee probably wouldn't be hurt as badly as it is.

Shanahan said after the game he essentially left the decision for Griffin to keep playing in Griffin's hands, and Griffin said he would probably have defied his coach if ordered to the bench.

"It's a slippery slope, I guess you can say, because you want to help the team," said receiver Pierre Garcon, who faced similar questions this season while dealing with a painful toe injury. "But you want to help yourself in the long run and your career.

"You want to look out for all sides, but it's hard to really know exactly if you're doing the right thing because if you sit out and the team losses, it's like `I could probably have helped.' If you go out there and don't help the team, it's like, `I probably should've sat out.' You've just got to make a decision and live with it."

"Due to one of the worst coaching decisions in recent NFL postseason history, Shanahan -- in a horribly stupid, terribly dumb piece of coaching malpractice -- left a helpless Griffin in the game. He didn't stand a chance," Freeman writes.

Shanahan said after the game that he perhaps should have pulled Griffin sooner.

"It's a very tough decision," Shanahan said Sunday. "You have to go with your gut. You have to go with your gut and I did. I'm not saying my gut is always right, but I've been there before. In different situations, I get to know Robert better as time goes on and I'll know how stubborn he is — probably more so as time goes on. He's a competitor and I'll probably second guess myself. ... In the second half, should you have done it earlier? I think you always do that, especially after you don't win."

Griffin suffered a mild sprain of the lateral collateral ligament located on the outside of the knee against Baltimore on Dec. 9, caused when he was hit by defensive tackle Haloti Ngata at the end of a 13-yard scramble. He was limping earlier in this game, clearly still ailing from that injury.

"It was hard to watch RGIII tonight," Seattle coach Pete Carroll said. "It was hard on him. He was freaking gallant."

Some NFL players, including the Texans' Derrick Ward and the Falcons' Roddy White, criticized Shanahan on Twitter: