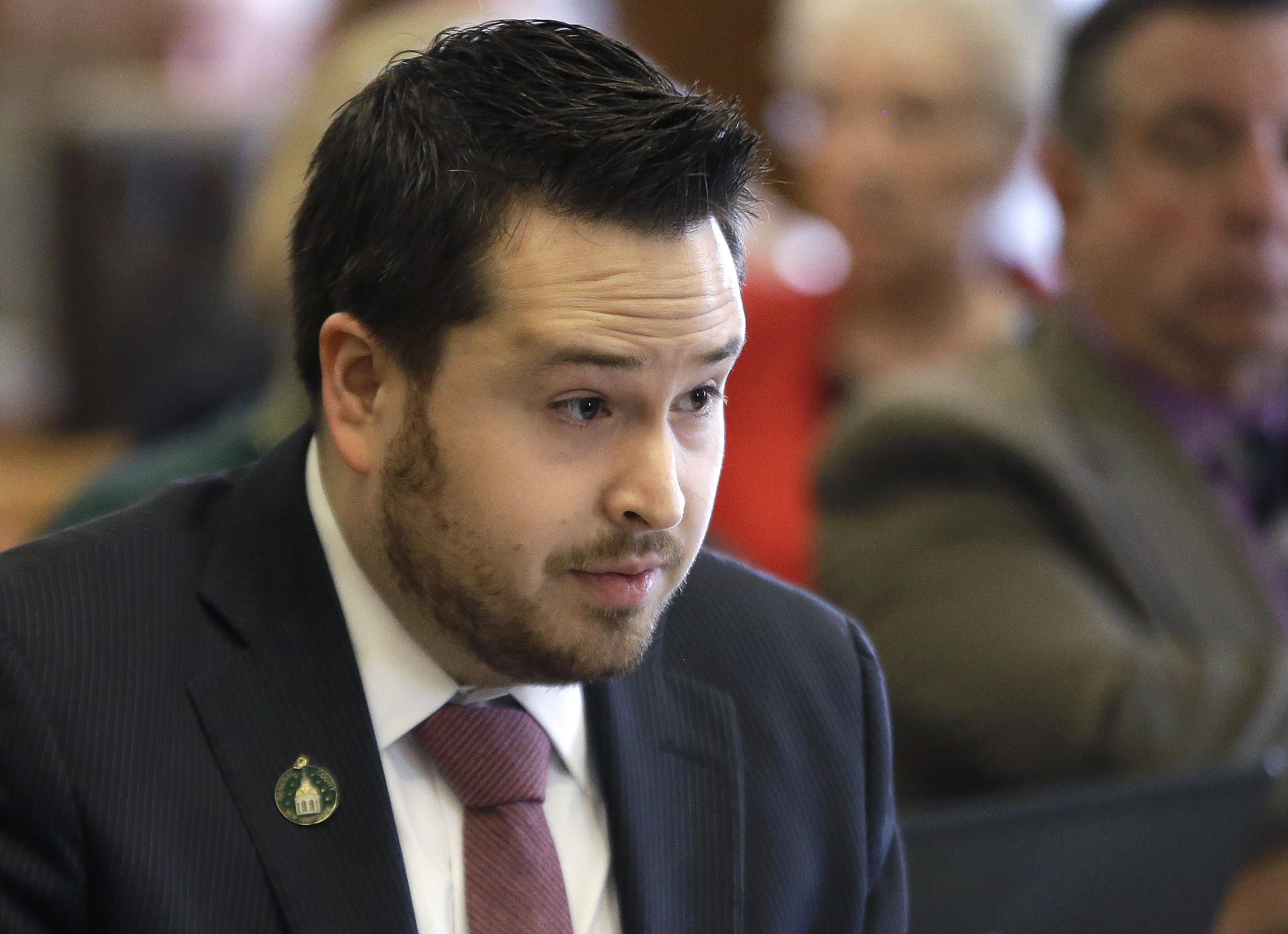 CONCORD, N.H. -- The founder of a misogynistic online forum resigned from the New Hampshire House on Wednesday, shortly after his Republican colleagues recommended that no action be taken against him.

Rep. Robert Fisher of Laconia had come under fire after a recent article on The Daily Beast revealed he is the founder of a Reddit forum called "The Red Pill," which bills itself as a discussion of sexual strategies for men and includes a post in which users debate whether "every woman wants to be attractive enough to be raped."

A comment on The Red Pill made by one of Fisher's alleged usernames in 2008 reads, "rape isn't an absolute bad, because the rapist I think probably likes it a lot. I think he'd say it's quite good, really."

The top post of all-time within the subreddit is titled "HOW TO GET L*** LIKE A WARLORD: 37 Rules of Approaching Model-Tier Girls" and has 819 comments.

He resigned less than an hour after the Republican-led Legislative Administration Committee voted 8-6 along party lines to recommend that the full House take no action against him.

A phone number for Fisher was out of service Wednesday, and he did not immediately respond to an email message seeking comment.

The panel simultaneously recommended no action against Democratic Rep. Sherry Frost of Dover, who wrote on Twitter that men telling her to calm down makes her homicidal and that white Christian men represent a terrorist problem.

Rep. Sherman Packard, R-Londonderry, made the motion that the committee recommend no action against either lawmaker, saying he didn't believe the committee could recommend they be censured, reprimanded or expelled based on the constitutionally protected right of free speech.

"I will stand here and sit here forever and defend their freedom of speech no matter how reprehensible I find it, and I find it reprehensible in both cases," he said.

The panel's investigation was limited to reviewing the lawmakers' activity this year. Fisher said at a hearing last week that he no longer moderates the forum. Democrats on the House Legislative Administration Committee disputed that, and Democratic House Minority Leader Steve Shurtleff said he would ask the attorney general's office Wednesday to investigate whether Fisher committed perjury. He said he no longer planned to do so given Fisher's resignation.

Democrats strongly objected to the committee chairman's insistence that they take just one vote and reach the same conclusion on both lawmakers. But Rep. Dick Hinch, R-Merrimack, who also denied Democrats a chance to put their objections on the record via a minority report, said the panel was instructed to provide the full House with one report, not two.

Fisher, 31, said that in his early 20s he went through a "nightmare situation" where "false rape accusations became a very real concern." He told the committee last week that he doesn't hate women or condone rape, and he believes it's a waste of lawmakers' time to dig into his past comments. But in a recent piece he wrote for his local newspaper, Fisher defended and doubled down on some of his statements. In one past comment, he said videotaping sexual encounters with women may be the only way for men to defend themselves against fake rape allegations.

The committee's vote elicited shouts of "Shame!" from women in the audience. Ahead of Wednesday's vote, members of the women's advocacy group UltraViolet, Action Together New Hampshire, Granite State Progress and Rep. Debra Altschiller held a news conference arguing that Fisher should be expelled. Some dressed as characters from the book and television series, "The Handmaid's Tale," which imagines a dystopian republic in which women have lost their rights and even their identities.

"When you plant seeds of hate, when you nurture those seeds, when you grow a garden of toxic weeds that spread across the state and our country, at harvest time, you must reap what you've sown," said Altschiller, D-Stratham.