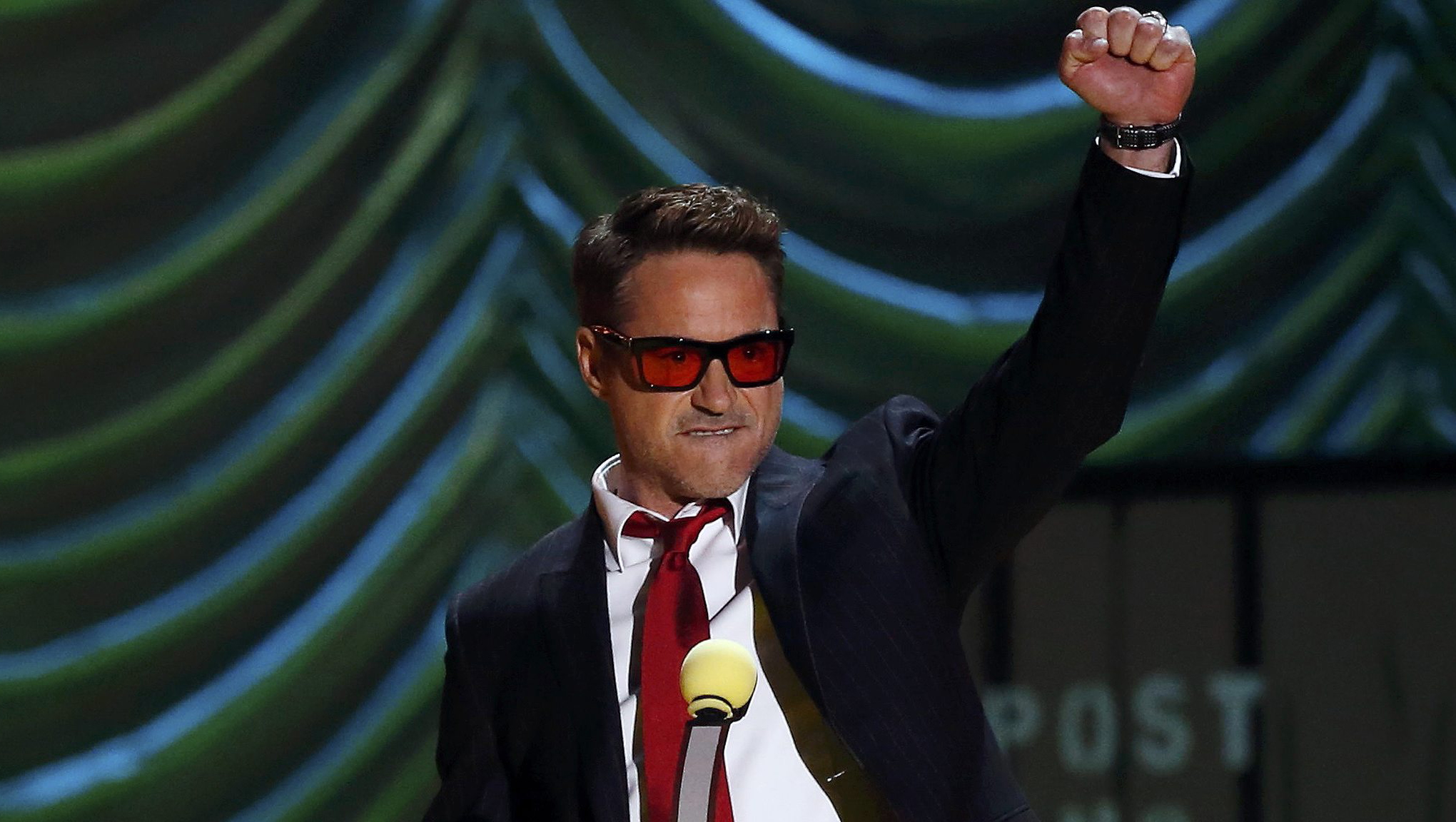 Brown's office announced that Downey was among 91 people granted pardons for criminal convictions after demonstrating they had rehabilitated themselves.

While the pardon does not erase records of a conviction, it does restore voting rights and is a public proclamation that the person has remained out of trouble and demonstrated "exemplary behavior," according to materials on Brown's website.

Downey, who was once a courthouse mainstay for a series of drug-related arrests, has become perhaps Hollywood's greatest success story for career and addiction rehabilitation. Since 2008, Disney has entrusted Downey to portray "Iron Man" in a series of blockbuster films, including "The Avengers," based on the Marvel comic books.

Downey, 50, is a two-time Oscar nominee for his roles in 1992's "Chaplin" and 2008's "Tropic Thunder." The actor's legal troubles began in June 1996 when he was stopped for speeding on the Pacific Coast Highway in Los Angeles County and authorities found cocaine, heroin and a pistol in his vehicle.

In 1999, he was sent to prison for nearly a year after he acknowledged violating his probation. A proclamation released by Brown's office says Downey obtained the pardon after getting a judge to issue a Certificate of Rehabilitation. The process showed Downey has "lived an honest and upright life, exhibited good moral character, and conducted himself as a law-abiding citizen," according to the proclamation.

It also states Downey "has paid his debt to society and earned a full and unconditional pardon." An email sent to Downey's publicist was not immediately returned.