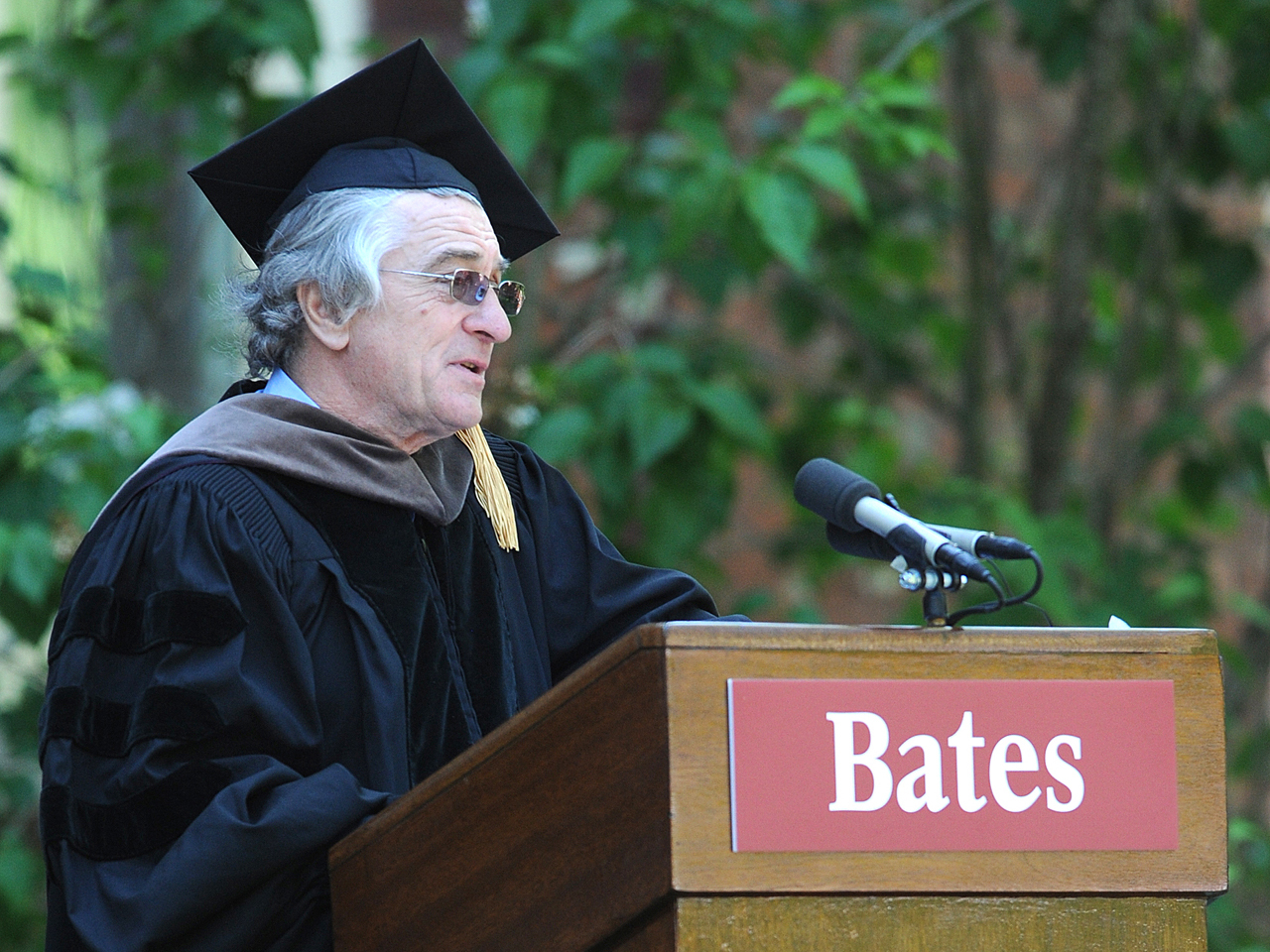 (CBS/AP) LEWISTON, Maine - Robert De Niro received an honorary doctorate and addressed graduates at Bates College on Sunday, telling them that despite his own lack of formal education, he made out OK.

During a 15-minute address that was both sincere and irreverent, the Oscar winner drew a steady stream of laughter from the 463 graduating seniors and more than 5,000 onlookers at the private, liberal arts college's campus.

But it was De Niro who stole the show as he received an honorary doctorate of fine arts degree.

"In many ways, leaving school when I did it was an advantage. I saved nearly $6,000 by not having to pay tuition and expenses for four years of education," he said. "I feel a little foolish, because if I had waited until now not to go to college, I could have saved around a quarter of a million."

Looking back, he said, "it worked out just fine. I saved the money, and I got the degree."