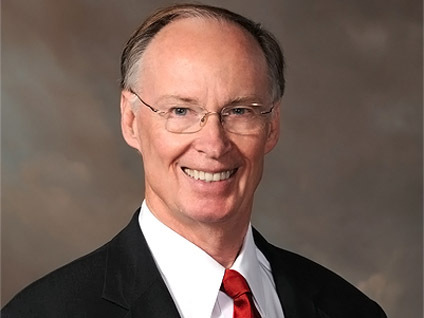 Alabama Republican Governor Robert Bentley apologized today for declaring in a speech this week that he only considers Christians to be his "brothers and sisters."

Bentley met for an hour today with members of Alabama's Jewish community to address his controversial remarks, the Birmingham News reports.

"What I would like to do is apologize. Should anyone who heard those words and felt disenfranchised, I want to say, 'I'm sorry.' If you're not a person who can say you are sorry, you're not a very good leader," Bentley told reporters after the meeting.

Bentley came under fire this week for his remarks during a post-inaugural speech on Martin Luther King Day. "Anybody here today who has not accepted Jesus Christ as their savior, I'm telling you, you're not my brother and you're not my sister, and I want to be your brother," Bentley said.

American Atheists President David Silverman told Hotsheet that the comments were "bigoted" and show that Bentley "puts his Bible above the Constitution of the United States." The Anti-Defamation League, a Jewish rights group, also condemned the comments as "shocking."

Bentley noted today that he his controversial speech was delivered at a Baptist Church (once led by Martin Luther King, Jr.), and that he was speaking as an evangelical Christian to fellow Baptists. He said today that he will work over the next four years to represent people of all faiths and colors, the Associated Press reports.