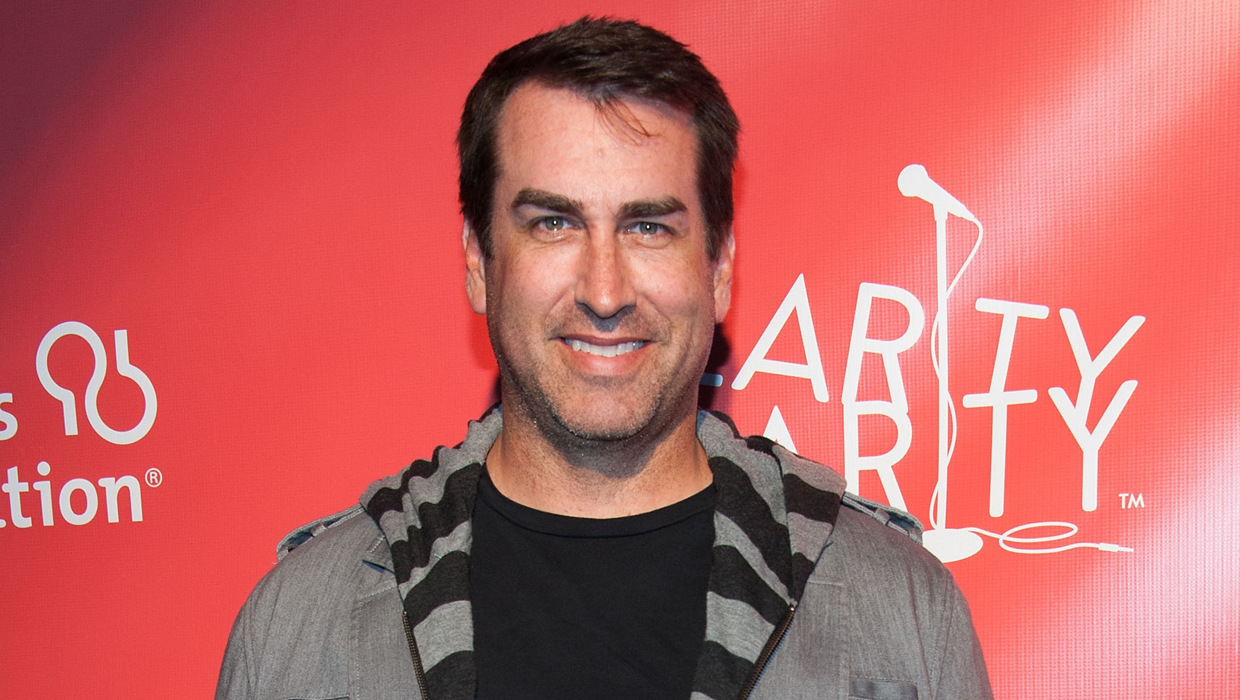 Rob Riggle has plans to be "rocking out" for a good part of this week.

The actor and sports analyst is in chilly New York City, leading up to Super Bowl XLVIII Sunday at Metlife Stadium in East Rutherford, N.J.

"I'm going to be rocking in at the Bud Light Hotel," he said. "Every year Bud Light takes over a hotel in the host city of the Super Bowl and this year they've outdone themselves. They got a cruise ship and they're bringing in their hotel and it's going to be docked on Pier 88 right next to the Intrepid. It's going be four days of good times. They've got concerts…with the first night with the Roots. Run DMC and Busta Ryhmes are going to be there. Imagine Dragons will be coming down there and the Foo Fighters and the Zac Brown Band.”

The festivities culminate with Super Bowl on Sunday, when the Denver Broncos take on the Seattle Seahawks. "I'm definitely going to be out there freezing with everyone else," Riggle said. "We've never had cold Super Bowl so I'm kind of digging just the history of it. Who knows if they're going to do it again? It will be fun to say, 'Oh yeah, I was there!'"

A die-hard Kansas City Chiefs fan, Riggle was disappointed to see his team not make it, but says, "Now that that they're out, I'm going to go for my NFC team, which is the Seahawks."

"It was a great season -- the saddest thing I thought was just the amount of injuries -- even with what the NFL is trying to do with helmet to helmet, hitting above the waist...you still had just massive amounts of injuries," Riggle said.

When he's not knee-deep in sports, Riggle is busy making movies in Hollywood -- namely sequels as of late. Expect to see him pop up in "22 Jump Street," the sequel to the "21 Jump Street" film starring Jonah Hill and Channing Tatum.

"You won't see a whole lot of me," he said about his role as a gym teacher in the movie, due out in June. "It's more of a cameo but the fact that Mr. Walters is back -- I just love it. It's funny and hilarious. I'm very grateful to Jonah and Channing for wanting me to come back and letting me come back…We had so much fun on the first one, I think that’s why they wanted me to come back for this one...I don't want to give away too much because it’s just a quick appearance but it's definitely a fun appearance...Jonah is a genius and the directors did a great job of giving it a unique story and bringing it to life."

Speaking of sequels, Riggle will also stars in "Dumb and Dumber To," which hits theaters in the fall -- a whopping 20 years after the first film hit theaters.

“I'm such a fan of the first one, so it's such an honor to be asked to be in this one. It's the Farrelly brothers back at it. You got Jim Carrey and Jeff Daniels back as Harry and Lloyd -- and it's funny. It's good. These guys were dedicated to making this as funny or funnier than the original. If you like the first one, you’re going to love this one."

Riggle wouldn't say much about the story arc -- but we do know he portrays twins, which means viewers could be seeing double throughout the film.

Also coming up is a part in "Just Before I Go," a new film directed by Courteney Cox and co-starring Sean William Scott.

"That was a blast. It was an independent film…I thought she was an amazing director. She was so easy to work with and work for. I haven’t seen it yet, I know they've done a couple of screenings. So I’m excited to see it," he said.

But before that, Riggle has some partying to do and football to watch.