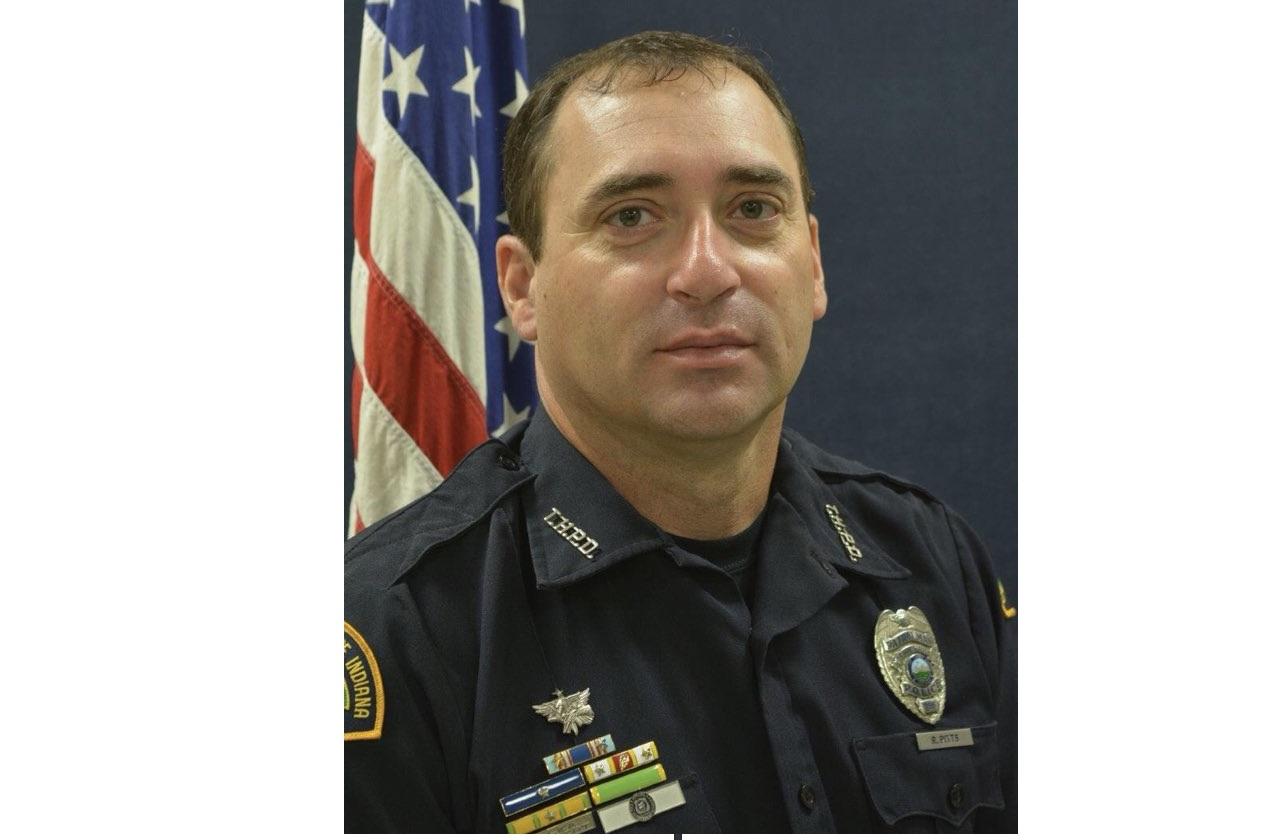 TERRE HAUTE, Ind. -- An Indiana police department has identified an officer who was killed in a shootout with a homicide suspect as a 16-year veteran of the force. Rob Pitts was one of four officers who were fired upon when they approached an apartment complex Friday night to confront the suspect, the Terre Haute Police Department said.

"People are engaging law enforcement and we are losing our lives," Plasse said at a news conference. "He was a fine officer and he was going toward danger to help his fellow officers apprehend a homicide suspect."

Pitts was part of a team that began a homicide investigation earlier Friday. Police have not said when that homicide occurred. The investigators gathered information on the location of a suspect and responded to that address.

"I ask Hoosiers around the state to join me in honoring Patrolman Pitts' service and dedication," Holcomb said in news release.

"Rob is deeply missed, but we are grateful for the time we had with him. Thank you for your continued prayers," said Ryan Adamson   of the Terre Haute police department.

Pitts is the first Terre Haute police officer to die since July 11, 2011, when Officer Brent D. Long was killed while serving an arrest warrant.