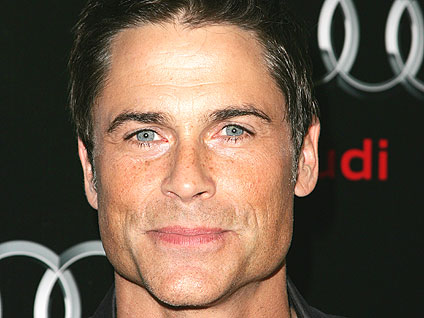 NEW YORK (CBS) Actor Rob Lowe might be a potential buyer in bid to acquire Miramax Films from the Walt Disney Company.

The 46-year-old actor has ties to Tom Barrack's Colony Capital, who put their names in a bid for Miramax alongside Hollywood financier David Bergstein and construction mogul Ron Tutor, according to the New York Post.

TMZ.com first reported that Lowe was placed in the midst of the Miramax talks. On June 29, the website reported that Lowe and Barrack were having dinner in London and reportedly were discussing the deal, which involves television, film and Internet production.

According to the New York Post, Colony Capital, a firm based in Santa Monica, Calif., co-owns Michael Jackson's Neverland Ranch, along with the Jackson estate. Colony is reportedly set to put between $600 million and $700 million on the table for Miramax, which is more than other potential buyers have said its worth.

Miramax is famous for such movie hits as the 1994 Quentin Tarantino film "Pulp Fiction" and 1998's "Shakespeare In Love." The studio was co-founded by brothers Harvey and Rob Weinstein.