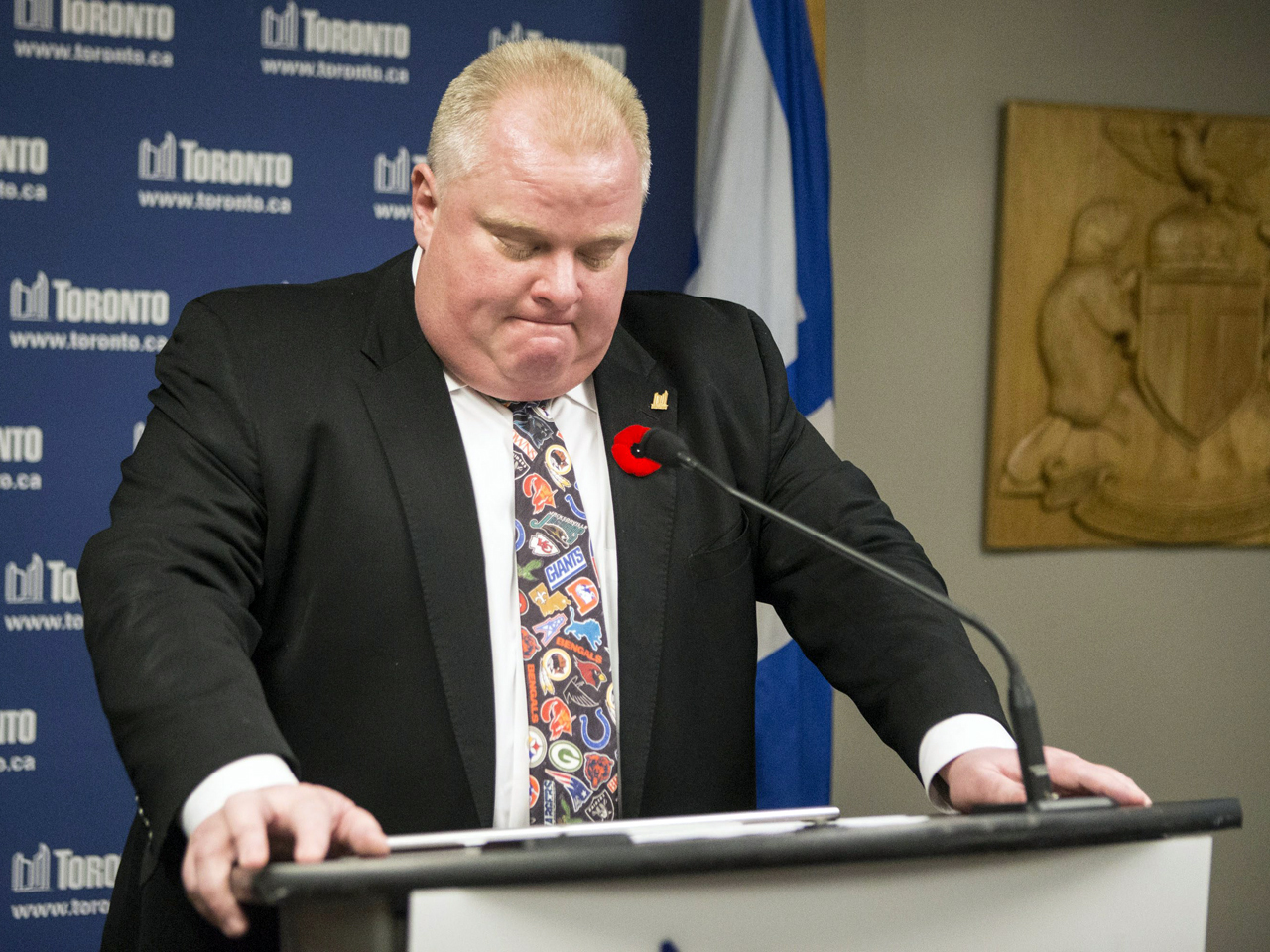 "I'm gonna kill that f--king guy. I'm telling you, it's first-degree murder," Ford says in the video, which the Toronto Star posted on its website Thursday.

The context of the video is unknown and it's unclear who the target of Ford's wrath is. Ford is shown staggering, ranting and gesticulating.

The video surfaces weeks after police said they obtained another video that appears to show Ford smoking a crack pipe.

Ford says he was "very, very inebriated" in the video posted Thursday. The paper reports that Ford also apologized outside his office moments after the Star published the video.

"The Toronto Star just released a video that I was very, very inebriated," Ford said, according to the Star. "All I can say is, again, I've made mistakes. I just wanted to come out and tell you I saw a video. It's extremely embarrassing. The whole world's going to see it. You know what? I don't have a problem with that."