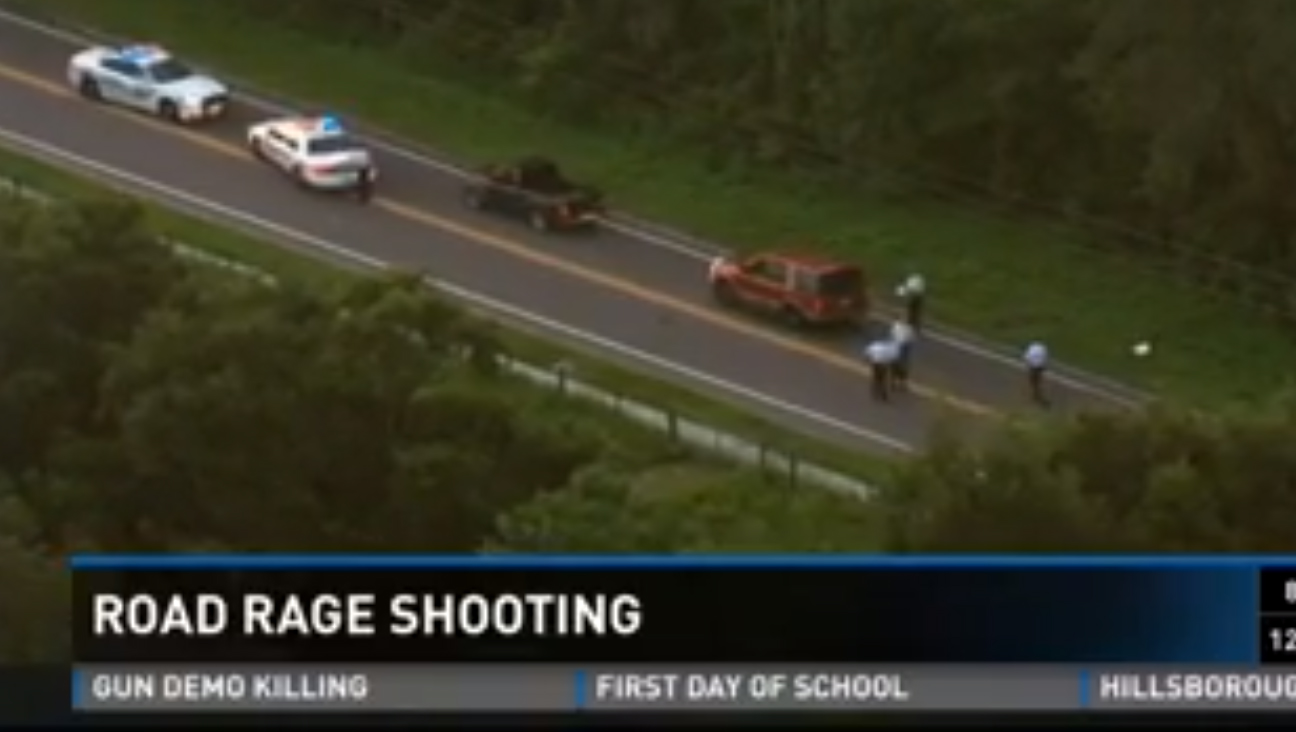 PLANT CITY, Fla. -- A man who had been released from prison after serving 10 years for a road rage killing has been shot and killed during another road rage encounter in Florida.

Col. Donna Lusczynski of the Hillsborough County Sheriff's Office tells local media the incident occurred during Wednesday morning rush hour in Plant City. She says 40-year-old Gary Lynn Durham stopped his pickup truck, got out and approached the motorist behind him. An argument escalated between the two.

Investigators say the car's driver, 42-year-old Robert Padgett, warned Durham before he pulled out a gun and shot him. What exactly happened remains unclear, but investigators are calling it a road rage death, according to the Tampa Bay Times.

Durham was released from prison four years ago for the 2001 killing of 48-year-old Timothy Gibbs in another road rage incident. Durham reportedly punched Gibbs in the face after a road dispute, and Gibbs fell and hit his head on the concrete. Durham drove away, and Gibbs died days later of head injuries.

Durham was convicted of manslaughter in 2002 and served about 10 years in prison before his 2012 release, but was still on probation in the case, the paper reports.

Lusczynski told the paper investigators would consider whether the state's self-defense laws apply to the latest case. So far, no charges have been filed against Padgett pending a review by the Hillsborough State Attorney's Office, the paper reports.

"It's a shame that he didn't learn his lesson while in jail," Gibbs' widow, Nancy Gibbs, told the Tampa Bay Times. "I'm just glad I don't have to worry about him or running into him somewhere. It's ironic that he died in the same way as my husband."