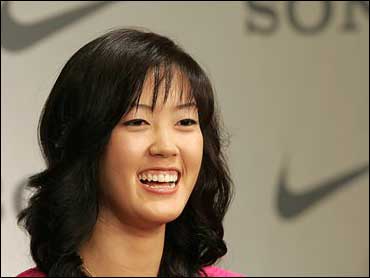 The New York Yankees closer was beaten in his salary arbitration case Saturday and will make $7.25 million instead of his request for $9.25 million.

"Looks like somebody died in here," Rivera joked after learning of the ruling. "I'm not upset at all. It's very good money. I'm happy to be here and I'm glad it's over. I just have to concentrate on what I have to do this year."

"I'm not pleased or displeased with anybody," Yankees owner George Steinbrenner said. "I just came here to tell him to keep his mind on the game and that we'd be behind him even if he won. He'll be fine. He's may pal. That's how it's going to be."

Even though he lost, Rivera gets the highest salary ever awarded by an arbitrator. The previous high, $5.3 million, was 1994 to Chicago White Sox pitcher Jack McDowell, also in a losing case.

"Both sides concede he's a great player - there's no doubt about that," Yankees general manager Brian Cashman said. "Obviously we're pleased with the decision. It was an economics case."

Rivera was 4-3 with 45 saves and didn't allow a run in his final 28 regular-season appearances last year, a span of 30 2-3 innings. He then was voted MVP of the World Series.

In negotiations leading up to the hearing, the Yankees offered him a $36 million, four-year contract. The 30-year-old right-hander rejected it, asking for $40 million or more.

Both Cashman and Steinbrenner said the Yankees want to continue talking about a long term deal.

"Nothing changes in the fact we have an interest in locking up our key players that have performed at a high level for us, and obviously Mariano is one of them," Cashman said. "We'll let the dust settle and I'm sure talks will continue at some point."