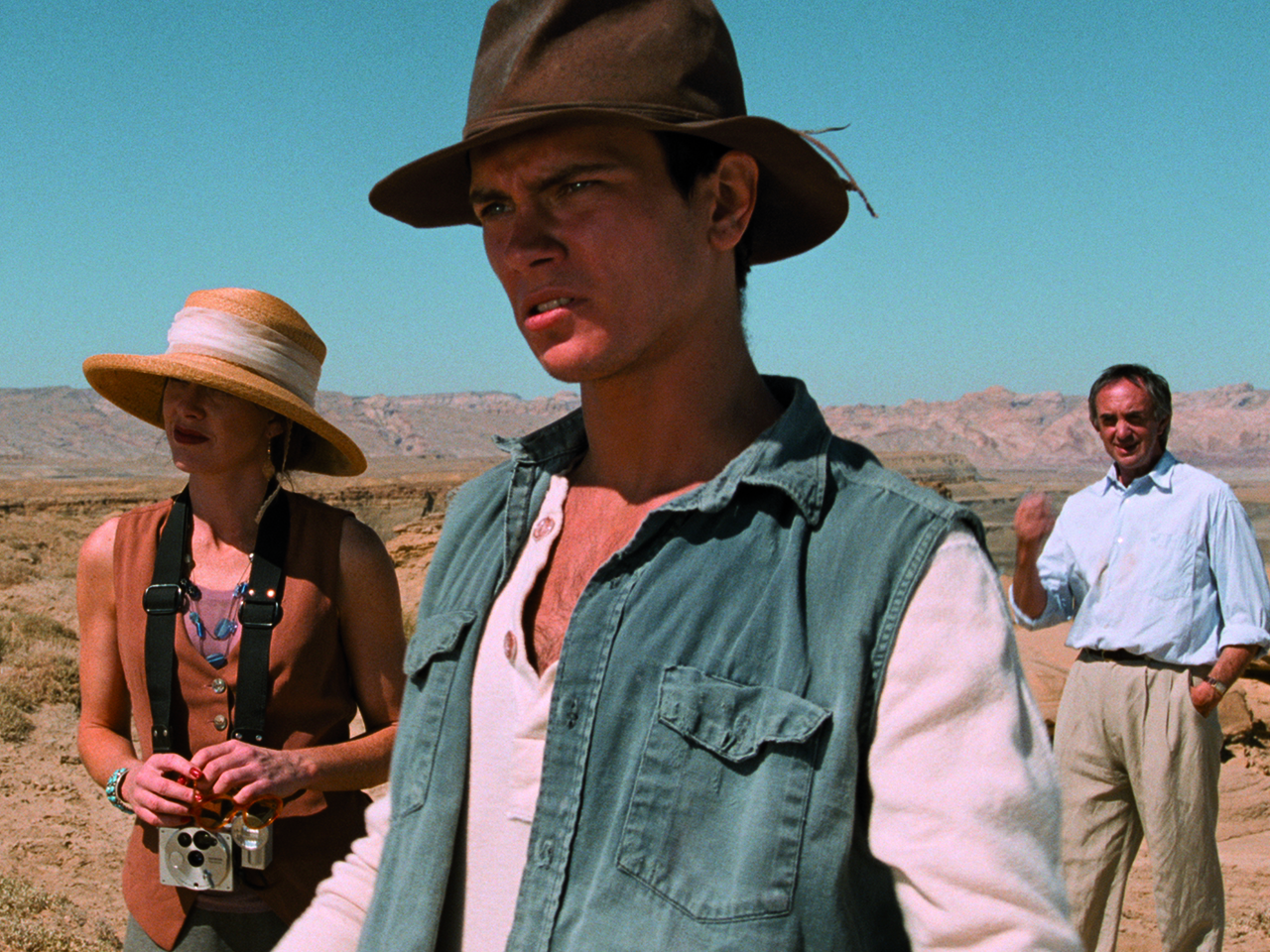 By the age of 23, River Phoenix had amassed a body of acting credits that most aspiring stars would envy as he straddled between big-budget and risk-taking roles. Whether it was portraying the young Chris Chambers in "Stand By Me," male hustler Mike Waters in "My Own Private Idaho," or Danny Pope in "Running on Empty," the talented Phoenix projected a sensitivity and charisma on screen that virtually guaranteed him an enduring career. Ethan Hawke, who starred with Phoenix in the 1985 film "Explorers," said of the actor: "River was one of those people that had that strange magic glow around them; he could drive you crazy, or make you fall in love with him, sometimes in the same minute."

Tragically, it all ended for Phoenix on the sidewalk outside of L.A.'s Viper Room club, where he collapsed after taking a speedball (a cocaine and heroin mixture); he later died at a hospital on Oct. 31, 1993.

Twenty years after his death, Phoenix's life story is told in a new book, "Last Night at the Viper Room: River Phoenix and the Hollywood He Left Behind," written by Rolling Stone contributor Gavin Edwards. Drawing from interviews with Phoenix's mother, friends and colleagues, it discusses Phoenix's rather unorthodox childhood as the son of itinerant '60s hippies who were once members of a religious cult called the Children of God; his foray into Hollywood beginning with commercials and TV shows and then the movies, leading to his breakout role in "Stand By Me"; his burgeoning music career by leading his band Aleka's Attic; and his descent into drugs leading up to that fateful night at the Viper Room, recounted in painstaking and heartbreaking detail.

"I had not known a lot about River before I started this," Edwards tells CBSNews.com about his book, "but I always kind of carried around this memory of this late night screening of "My Own Private Idaho." It was always just this fever dream I had-- this beautiful boy questing for home. I never saw it again but I carried it around like this intense dream that I had."

Like his young contemporaries in Hollywood during the mid to late '80s, such as Tom Cruise and Michael J. Fox, Phoenix possessed the good looks that made him a teen heartthrob. But as Edwards explains: "What really made him standout was that he had a very unusual upbringing -- sort of a counter-cultural family, starting with names [of his sisters] like Liberty and Rain; the fact that he sort of grew up outside of American society -- leaving the country for several years, busking for change in Venezuela.

"So by the time he got to Hollywood, I think it was damaging for him in some ways because some of that was in a cult and it was a bad scene. But it also gave him this heavy weight because there was a messianic expectation of, 'We're gonna make the world a better place.' But some of it was also motivating and enlightening, sort of approaching this as not, 'Golly gee, I'm gonna be famous,' but sort of like having a higher purpose."

The book puts into perspective the amount of pressure Phoenix probably felt as a youngster in being the breadwinner for the family. "Certainly in his pre-teens he was making enough money to keep the family afloat," says Edwards. "But it goes back to when he was 6-7-years-old in Caracas, he and his sister are busking for change, and if they come home with enough from the street corners, then the family had money enough to buy food that night. That's an insane amount of weight to put on a child. In some ways, it made him better a performer, it made him self sufficient. But I don't think of it as a good bargain."

In addition to his movie career, Phoenix was also an aspiring musician who seemed more interested in music than acting. "The evidence suggests that he was in fact better at acting than in music," Edwards says. "One of the great unanswerable [questions] is what would have happened if he had put the acting aside and focused on the music. It was always a stop-and-start thing. I was thinking about this: I saw 30 Seconds to Mars at the Hollywood Bowl and [singer] Jared Leto stopped acting for a while so he could do this. I think River never could quite do that either for financial or artistic reasons. [It was like], 'I just want to make this one more movie.'"

The book is also a chronicle of the young Hollywood stars during Phoenix's lifetime, some of whom converged that night at the trendy Viper Room, which was co-owned by Johnny Depp. "That was something I was trying for," says the author. "The original inspiration for it was that all the people that were in the Viper Room that night: Johnny Depp was onstage along with [Ministry's] Al Jourgensen, and Flea was there in the audience, Christina Applegate was there. It felt like this night on Oct. 30-31, 1993, where everything converged, and I wanted to take a step back and explode that out. Obviously, the main narrative thrust is how River got there but also just like what was everything else that led up to that."

Towards the end of his life, Phoenix was in the throes of a substance abuse problem. Just prior to his death, he was working on the movie "Dark Blood," which was eventually scrapped and wouldn't be shown until almost 20 years later. No one ever ended up arrested or prosecuted for giving the actor the fatal speedball. "By the family's choice, I think," says Edwards. "They just didn't want to pursue it, they didn't cooperate with the police. 'He's dead, it's not going to do any good.' It was a death by misadventure. Even though he was using and making unwise decisions, it was such and up-and-down thing and I think he was groping towards getting clean. We don't know. I'd like think that he would have ended up in a better place."

What surprised Edwards while working on the book was how much Phoenix had been forogtten in the years since his passing; he has been somewhat eclipsed by the death of rock star Kurt Cobain just several months later, along with the successful careers of Leonardo DiCaprio, Brad Pitt and Phoenix's brother Joaquin. "If you're a certain age, you still think of him as a big star," Edwards says. "But in fact, here we are 20 years later and I think he's not become sort of the vegan James Dean as people thought he was going to. He's become sort of a footnote to Hollywood history as one who has a wider influence than people think."

As for Phoenix's definitive films, Edwards cited "Stand By Me" and "My Own Private Idaho" along with some other overlooked movies. "The two that I would love for people to go and check out is 'Dogfight,' made in the same year [1991, as] 'My Own Private Idaho.' It's this wonderful movie where he plays a Marine in 1963 about to ship out to Vietnam. He was nominated for an Academy Award for "Running on Empty." It is a wonderful performance where it's sort of metaphorically about his own family in many ways -- [the parents are] '60s radicals on the run because they're outside the law. He takes this life of being outside of American culture and being a teenager and trying to figure how he's going to grapple with it. It's pretty great."

Edwards hopes his book will inspire people to see Phoenix's movies. "Everyone around him always used the words 'light,' 'spirit' and 'soul,' which is not normally vocabulary used when talking about people of influence," he says. "But in his case, there's something inspirational about how he approached the world. I think his desire to make the world a better place can be inspirational for anybody, no matter how they're oriented." He adds: "I think he would have been a really interesting adult."