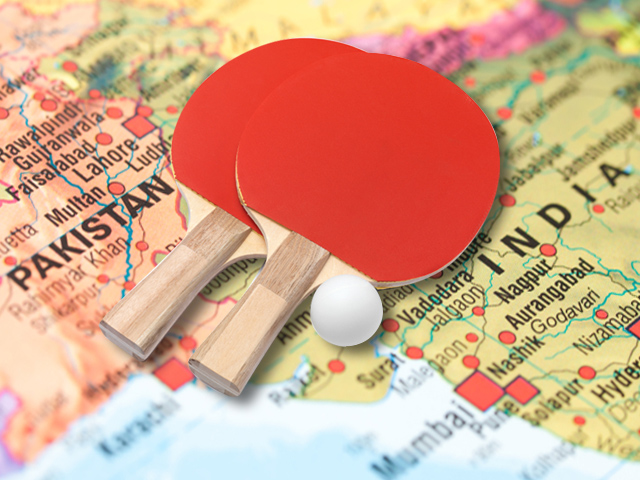 MONACO - Rivals North and South Korea and India and Pakistan are among 10 nations competing in the latest version of "ping-pong diplomacy," but Iran has backed out of a chance to compete alongside American players.

Iran has been listed for months as a participant in the Nov. 21-22 table tennis event in Qatar.

No reason was given by Iran for its sudden withdrawal, said Valerie Amant, spokeswoman for Monaco-based Peace and Sport, which is helping organize the friendly tournament.

Also due to compete are players from the United States, China, Japan, Russia, France and Qatar. The event will include mixed-nation teams.

Joel Bouzou, founder of Peace and Sport, said the $100,000 tournament aims to "encourage dialogue between countries, to promote mutual understanding and peace."

Organizers have drawn parallels with the "ping-pong diplomacy" of the historic visit by a U.S. team to China in 1971, which led to gradual openings between the two countries.

Iran and the United States often meet in international sporting events, including the Olympics.

Special sports exchanges between two countries also began in 2007 with a trip to Tehran by U.S. wrestlers and have included sports including basketball, table tennis and water polo.