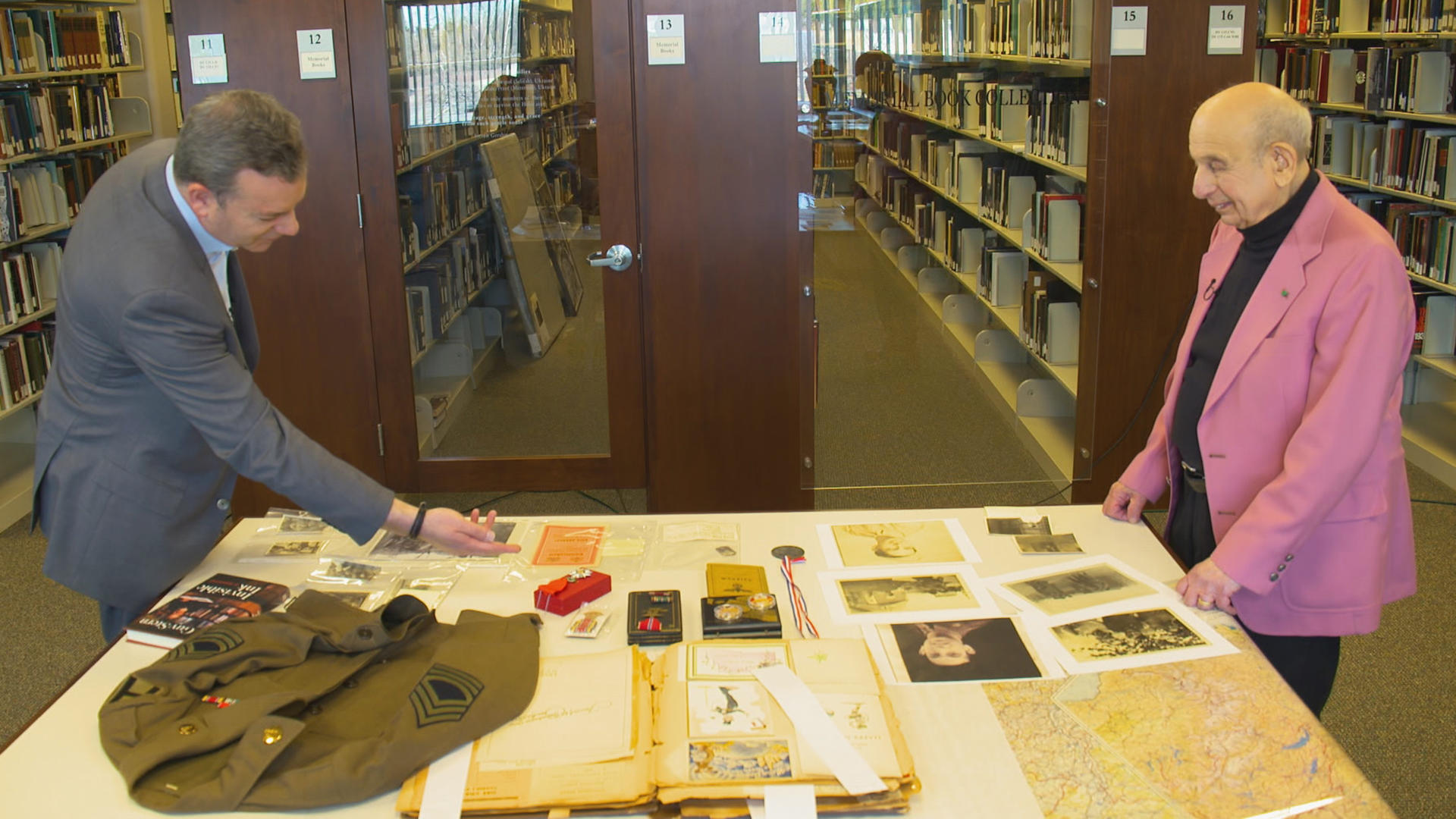 This week 60 Minutes presented a special hour-long report on the Ritchie Boys, a group of men who worked as part of a secret United States military intelligence unit during World War II. Many of the soldiers were German-born Jews who came to America to flee the Nazis. In the United States, these men were trained in espionage and psychological warfare. They returned to Europe with a knowledge of the native culture and language that helped win the war for the Allied Forces.

At 99 years-old, Guy Stern is one of the last living Ritchie Boys. Last March, 60 Minutes correspondent Jon Wertheim met him at the Holocaust Memorial Center in Farmington Hills, Michigan where he now works.

Stern, who became a professor after the second World War, showed 60 Minutes some of the honors and mementos he collected for his military service

"If you live long enough, honors are being showered upon you," Guy Stern said to Wertheim.

Among the honors Stern showed 60 Minutes were his Bronze Star and the French Legion of Honor, one of the most prestigious recognitions the French bestow upon civilians.

Stern also showed Wertheim what he described as "one of the most effective leaflets" the U.S. military used during World War II. Stern explained that many German soldiers who found this leaflet secretly kept it and gave it credence because it contained the signature of General Dwight Eisenhower.

You can see more of Stern's World War II artifacts in the video above.

The true story behind "Just Mercy"