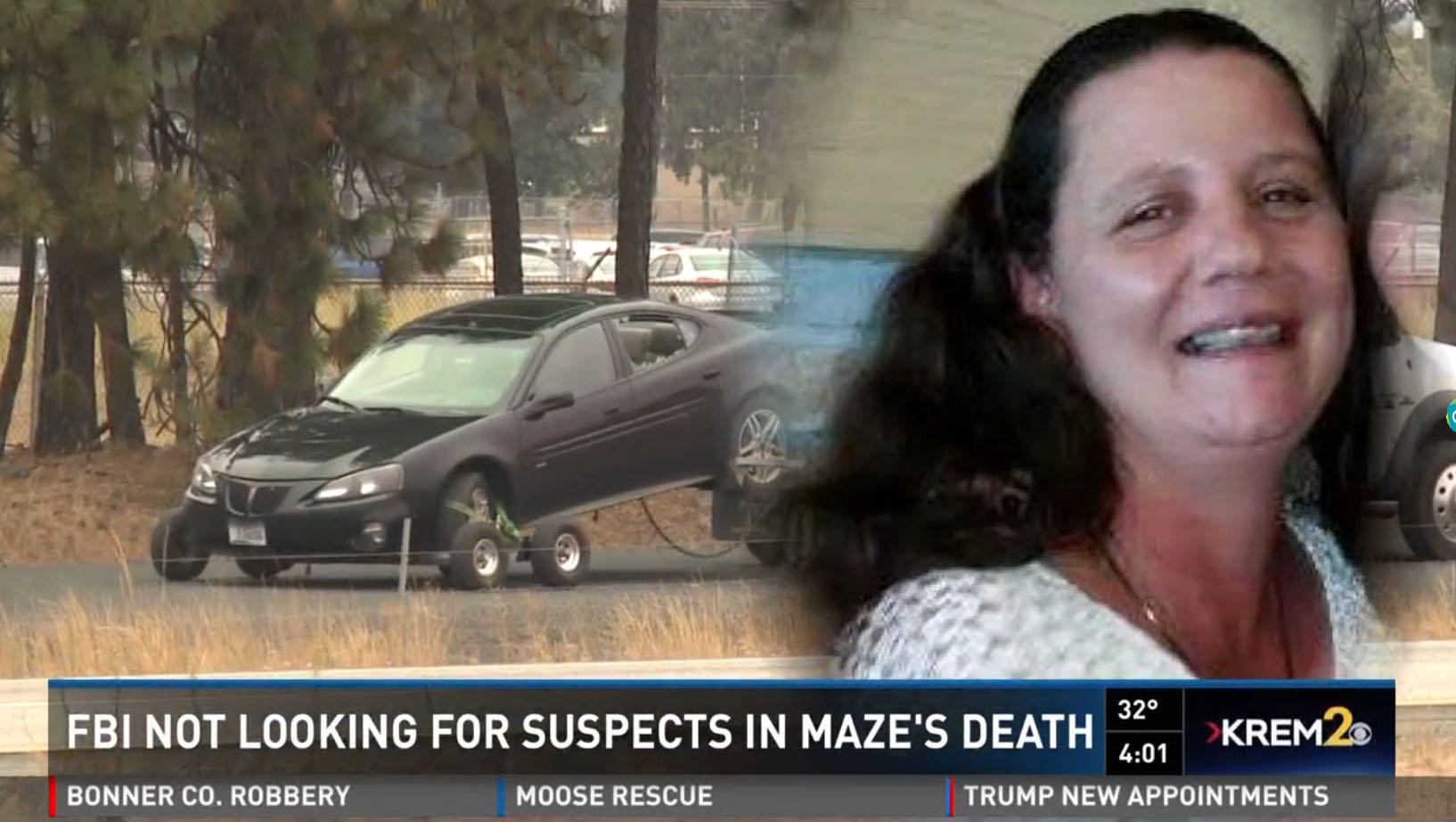 GREAT FALLS, Mont. – Federal authorities are “not actively seeking any suspects” in the case of the Montana woman whose body was found in the trunk of her car in September after she claimed she was kidnapped, according to an FBI statement released Wednesday.

CBS affiliate KPAX reports that the FBI says Rita Maze, 47, contacted her husband and police from her cell phone and told them she had been kidnapped from a rest stop in Helena, Mont., but wasn’t able to give them a specific location. She reportedly said she had been hit over the head at a rest stop and abducted. She told family she was calling from the trunk of her car.

Maze had been en route from Helena to her home in Great Falls. Her daughter Rochelle Maze told the Great Falls Tribune her mother was “hysterical” and hard to understand when they spoke on the phone for about 10 minutes.

“She was talking to my dad and told him, ‘Help me, help me,’” Rochelle Maze told CBS affilaite KREM after the incident.

Law enforcement tracked the use of her cellphone to help locate the vehicle. Her car’s license plate was captured on a license plate reader near Post Falls, Idaho. An officer called the number Maze used to call her family, heard gunshots and then nothing, according to KREM.

Her body was found later in the trunk of her car near the Spokane, Wash., airport. KPAX reports that authorities are still waiting on lab results in the case but that the Spokane Medical Examiner said Maze died from a single gunshot wound.

However a law enforcement official told CBS News’ Crimesider Thursday that investigators do not suspect foul play. The FBI wouldn’t say Thursday whether the woman’s death could be considered a suicide. A medical examiner’s office had previously stated suicide hadn’t been ruled out.

What happened before her death remains unclear.

“We know where the body was located; we know where she started out,” Spokane County Sheriff Ozzie Knezovich told the Spokane Spokesman-Review in September.“What happened in between? Don’t know.”

Asked whether news media should question Maze’s kidnapping narrative, Knezovich told the paper, “Yes, you should.”

The Maze family told KREM it’s been a “tough few months” and aksed for privacy.

The FBI said they are still “actively” pursuing the case.