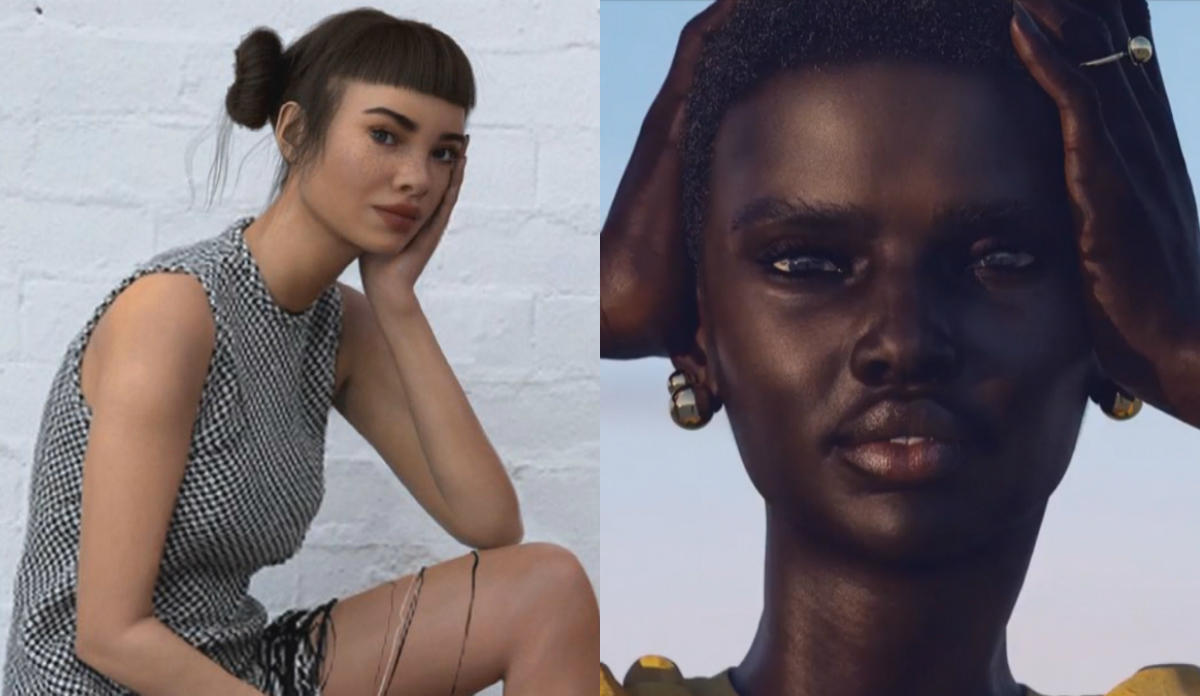 Many things you see online are not what they appear to be. In the case of social media influencers – people who are paid to promote brands and products – some aren't even real people. In what is part of a growing online trend, some of these computer-generated influencers have more than one million followers each.

Recent studies predict the influence marketing space will be a $2 billion industry by 2020. The goal of these computer-generated influencers is to get you to buy products or experiences, but critics worry you could be deceived by a false image.

London photographer and designer Cameron-James Wilson is the human behind the avatar. He said Shudu was inspired by a Barbie doll.

"CGI and 3D models offer a way for us to explore or create things that we never ever seen before," James-Wilson said. "Like how can we explore beauty in a world that's only limited by the physical things around us."

With close to 125,000 followers, Shudu is also a virtual influencer. Just last week, Shudu debuted her first fashion editorial with Women's Wear Daily but Wilson says he – or she – was not paid like a human fashion model would be.

Attorney David Polgar studies the ethics of technology and says the Federal Trade Commission needs to have guidelines for CGIs.

"We are blurring the lines between fiction and reality," Polgar said. "The impetus is on the legislative branch to say, 'Maybe we need better transparency.' ... There's been a lot of discussion about technology moving at a much faster pace than the law has been able to catch up."

For Polgar, the character needs to be treated as if it were a brand.

"If it is a fictional character that a consumer doesn't know if it's real, then to a large extent that actually not a person. That's just an extended brand. So I think what we would have to worry about is should there be transparency that would be needed about the interaction with that brand?" Polgar said.

And Lil Miquela is a fast-growing brand. The A.I. model/musician has more 1.2 million followers and is growing as an influencer who sports and promotes designer clothes. Her creator, a robotics and A.I. company called Brud, has maintained an allure of anonymity.

Ryan Teng is the vice president of CLO Virtual Fashion, the company behind the 3D software used to digitize the clothes on virtual models.

"Everyone has their own take of what they think their reality should look like. And I think 3D just kind of gives the extra step to increase your creativity for that reality," Teng said.

While CGI models is a first for their company, Teng says fashion has been blurring lines for years with digital garments.

"There's a lot of 3D going on that no one knows about," Teng said. "So the person's real but the garment isn't. ... So most of these website you go to were you see this guy who has the same goofy face in different poses … but he's wearing multiple garments, that kind of answers your question."

Though Teng doesn't see the practice as dishonest.

"I think it still does the job of whatever it's supposed to do. … You're not getting a fake garment when it comes … and it's become a part of the supply chain that every company actually needs," he said. "I think this is the year you'll start noticing that more people are utilizing those assets."

He believes Shudu and Lil Miquela are just the start.

"Miquela's just an interesting subject and I think a really interesting conversation right now is again about the authenticity in this digital age. … How much of what's out there content-wise is real?" Barrett said. "Brands ultimately want to be involved in an interesting story, in a story that gets traction. … Otherwise, it's just product at the end of the day."

As for Shudu's creator, he says his digital model is just the start of a new wave of CGI influencers.

"The influencers of today are changing they are realizing that they need actual engaging content. … There's so many different aspects of this that I think can engage and captivate people."

For now, CGI influencers don't pose a threat to human influencers, but there are concerns over the unrealistic dimensions of these computer-generated models, which could fuel a debate about body image.