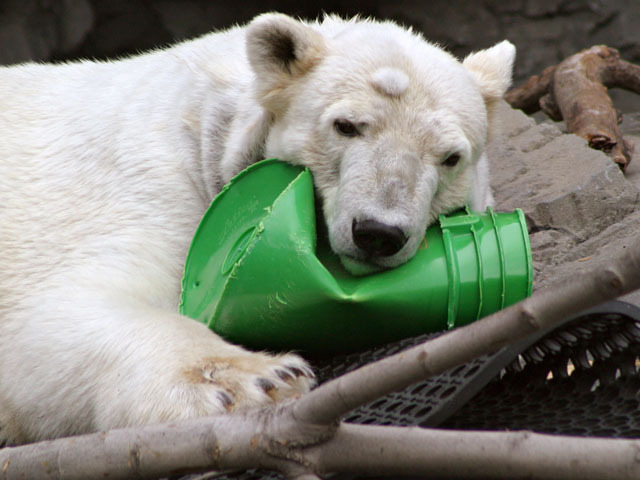 NEW YORK - One of the Central Park Zoo's beloved polar bears has died. Zoo officials say Ida was euthanized Friday after veterinarians determined she had liver disease brought on by cancer.

Ida was 25. She was born in New York's Buffalo Zoo in 1985 and went to the Central Park Zoo when she was 2. She was seen by millions of guests through the years, often cuddling beside her male companion, Gus.

New York City zoos director Jeff Sailer says Ida will be missed every day by staff and guests. He says millions of visitors have been inspired to care more about the plight of polar bears in the wild because of her.

Ida's zookeepers were allowed to share quiet time with her before she was euthanized.