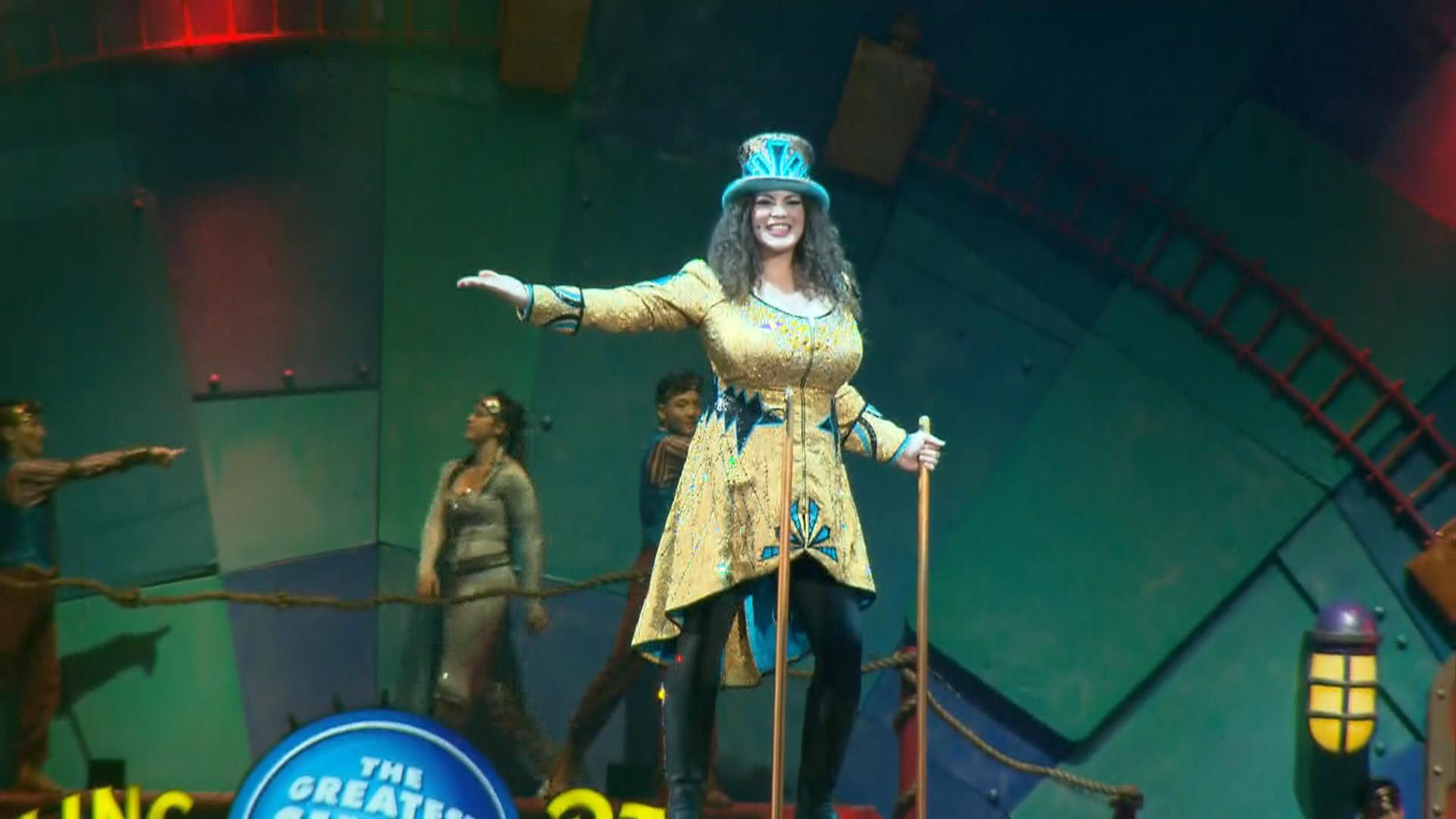 ORLANDO, Fla. -- In a first for the Ringling Brothers circus, a woman is about to step onto the floor and shatter the ceiling.

The show is older than Major League Baseball, but there have been more U.S. presidents than there have been Ringling Brothers ringmasters. That’s why it’s a big deal that the new master is a woman.

Kristen Michelle Wilson out-performed hundreds of candidates for the top spot under the big top.

On Thursday night, the Florida native will lead 110 performers with 49 animals, guiding the audience through high-flying acts and death-defying stunts.

“The more that I’ve held onto the title and I’ve talked to women, and I’ve talked to my grandmother, and her reaction, it really lets me understand the responsibility of being the first and it makes me want to be loud and proud and hold the banner high.”

The 35-year-old first saw it as a little girl, and dreamed of being on a big stage. But before putting on her top hat and tails, Wilson worked in dinner theater, did voice overs and was the lead singer of a cover band.

“It’s really amazing because all of these different experiences that I’ve had the opportunity to have in my life have really blended together in an amazing way to prepare me to lead the greatest show on Earth.”

Kristen’s mother, Jean, watched the final dress rehearsal. She said her daughter is the only one in the family with the chutzpah to do this.

“She is and she’s always had it, you know,” Jean said. “She loves being out there in front of the crowds and making memories for people.”

Making memories and history as a new star shines over the greatest show on Earth.