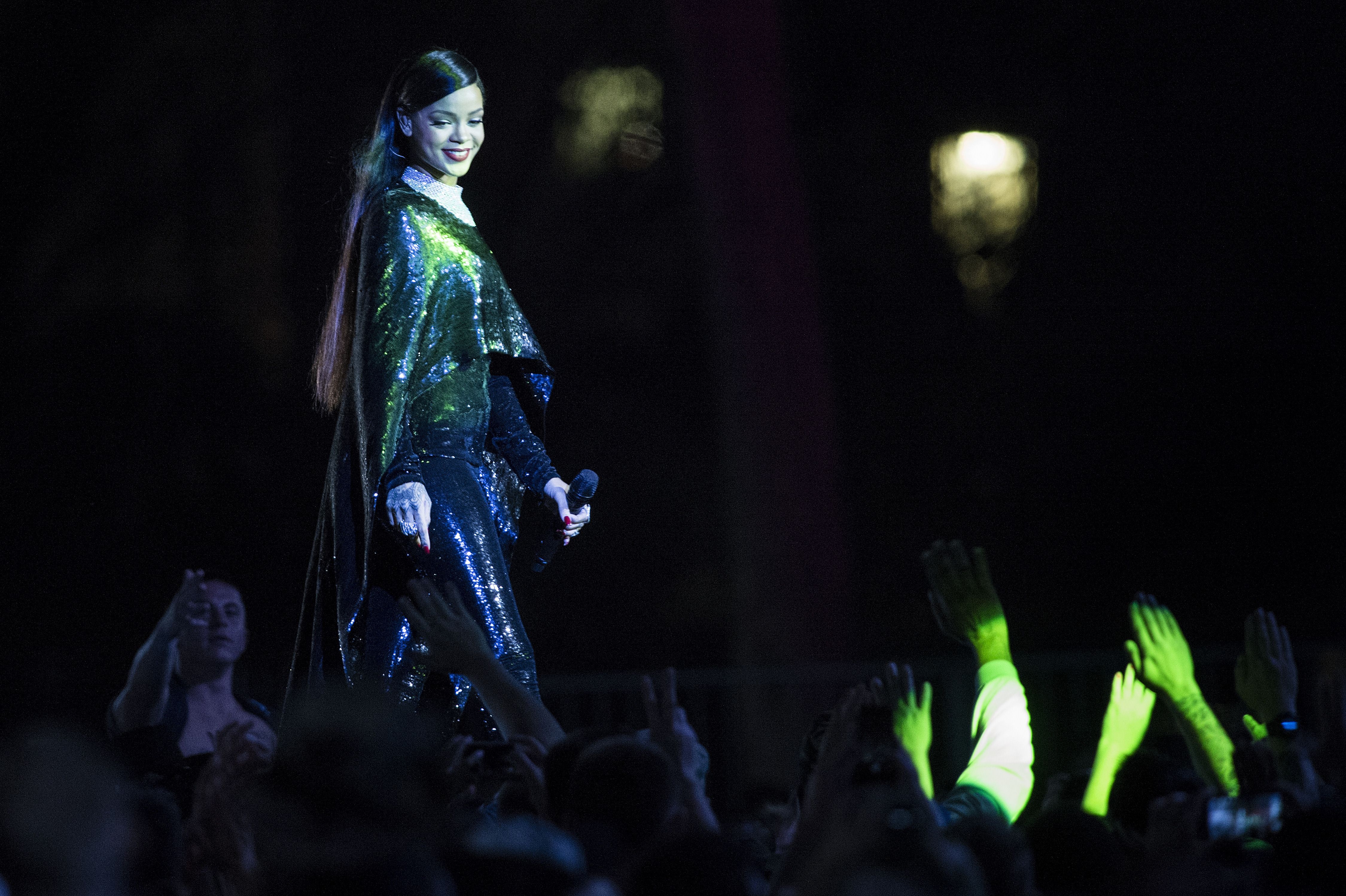 Rihanna won't say when she plans to release new music but she is confident about what it sounds like.

"I can't give you any hints of when it will drop. It's going to be great, that's all I'm going to tell you and I'm excited about it," said the singer at a meet-and-greet Wednesday with fans at Fort Belvoir, Virginia.

The critic she is worried about is herself.

"I try to battle myself and outdo everything I've done and that's been the hardest thing to do. You start overthinking things at times," she confessed.

Riahnna's most recent album, "Unapologetic," came out in 2012, featuring the big hit "Diamonds."

On Wednesday, Rihanna also brought along her new men's fragrance, "Rogue Man," her first for guys.

"I feel like what better way to get these people excited than to get them something nice, to smell good. They're running around all day working hard. And, you know, the guys are sexy. They need to smell sexy." She also joked about not having a "rogue man" of her own, saying with a wink, "hopefully I'll find one here today on the base."

Rihanna performed at the Concert For Valor: Saluting America's Veterans in Washington, D.C., on Tuesday.