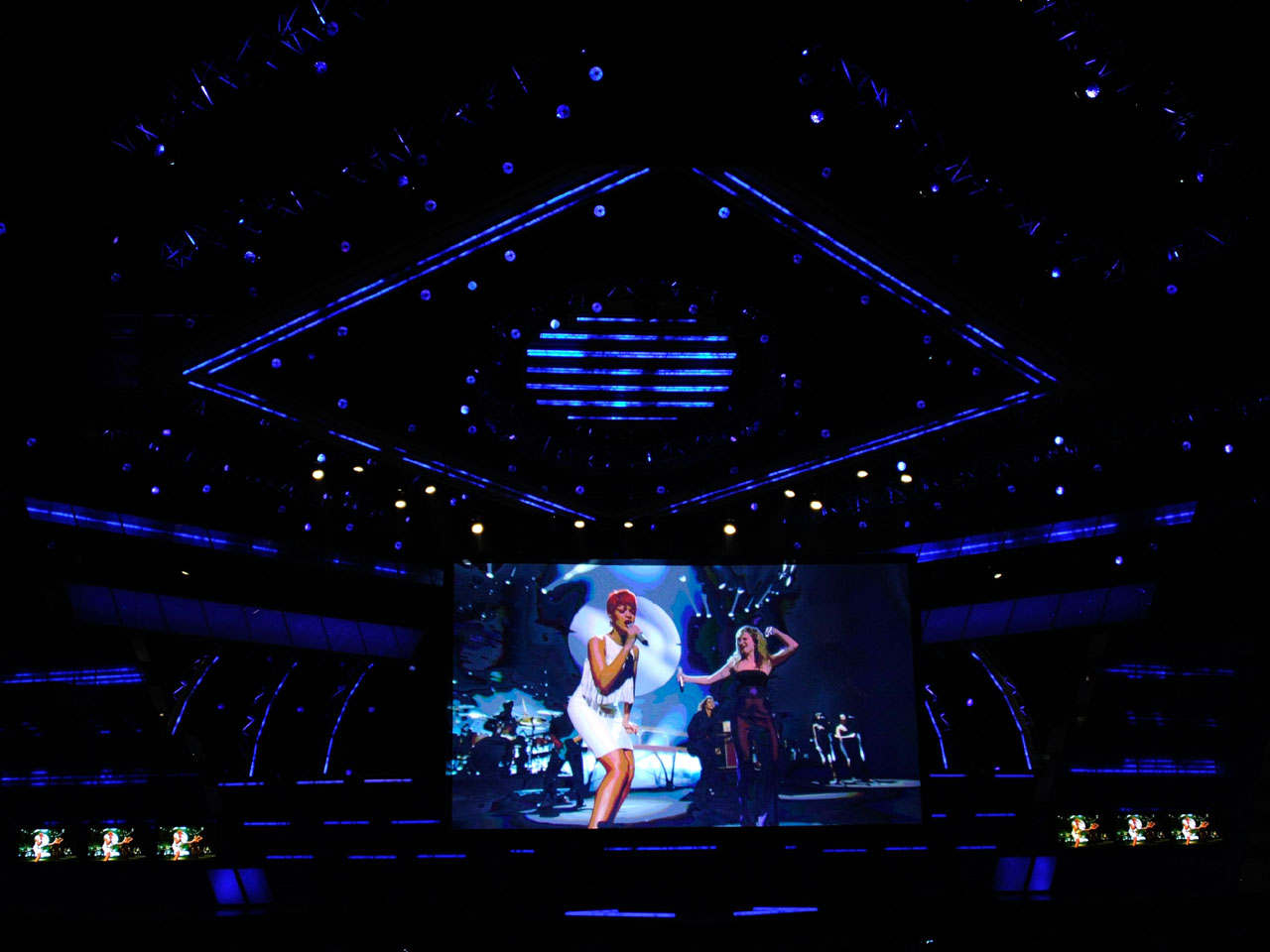 (CBS/AP) Rihanna and Sugarland's Jennifer Nettles took to the stage together at Sunday's Academy of Country Music awards, delivering a crossover performance that was one of the best of the night.

The R&B-pop star, sporting a bright reddish-orange pixie haircut, performed her song "California King Bed" with Nettles. Together, the pair transformed the song into a soulful ballad.

"She is a wonderful performer," Nettles told reporters later. "Obviously, country music is hip and it's cool and it's fresh, and I think her being here tonight is even more testimony to that."

Before the performance, Nettles said of duet, according to the Daily Mail: "It is such a moment. And I think what it shows us is that good music is good and good performance is good, and as long as you like it, who cares what you call it. Get out there and have fun with each other."

It was just one of the night's big duets. "American Idol" winner Carrie Underwood teamed up with "American Idol" judge Steven Tyler, while Brad Paisley was joined by three members of the iconic group Alabama and James Taylor performed with the Zac Brown Band.

Tell us: What did you think of Rihanna and Nettles' performance?