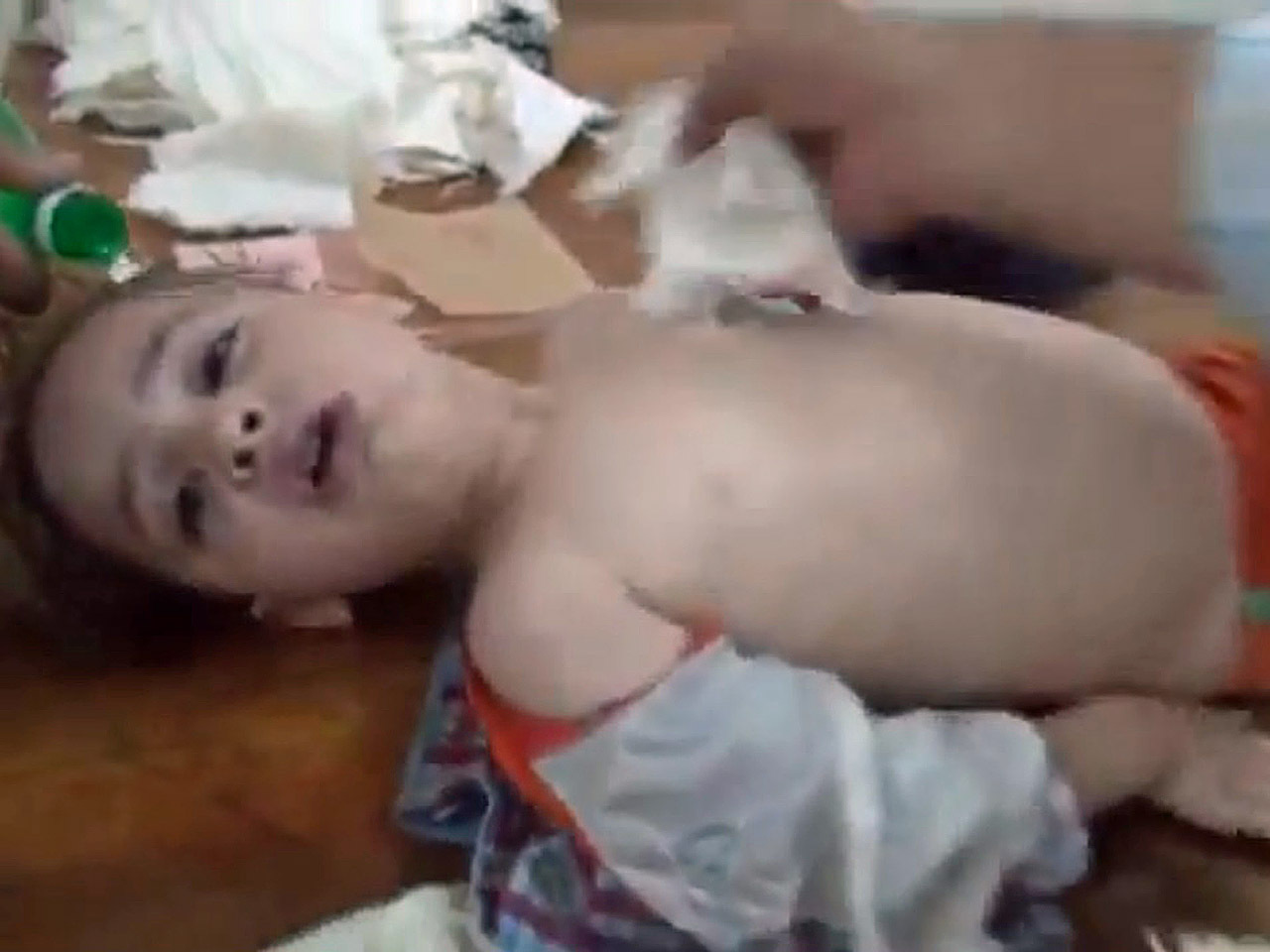 On Tuesday, the group Human Rights Watch issued a report that said evidence strongly implies that Syrian government troops' firing of rockets containing a nerve agent into a Damascus suburb on August 21 that the U.S. said killed over 1,400 people.

While the report doesn't furnish conclusive proof that the Syrian government carried out the attack with chemical weapons, it does present the most coherent circumstantial evidence I've seen so far to support the case.

The report does not rely on ambiguous intercepted phone calls. It cites no shadowy intelligence gathering. Instead, HRW's experts take a close look at witness statements and photographs and video of the victims and -- above all -- the remains of the weapons that appear to have been used.

The report includes a map that identifies two attack sites -- the rebel-held suburbs of Zamalka and Moadimiyeh. Each was hit with at least 4 to 8 rockets.

HRW experts have identified, from multiple pictures sent by local activists, two kinds of rockets. One kind -- 170mm or about 7 inches in diameter -- appears to have been used in all strikes on Zamalka.

This would suggest that two separate military units were involved, each firing a barrage of rockets.

The report provides another map that shows that there were several military bases around Zamalka and Moadimiyeh on August 21st, that were within the correct firing distance.

The small rocket was designed in the '50s by the Soviets specifically to take a sarin-filled warhead, and it is known to have been shipped in large quantities to Syria.

The big rocket is home-made in Syria. In any available photos and videos, it is Syrian troops who are using this rocket, probably because it's hard to find a launcher. Only one country makes one that fits: Iran.

Furthermore, the 330-mm rocket's warhead has a visible plug on the side which would allow liquid to be poured into it.

Human Rights Watch echoes the conclusion of MIT experts that the large 330-mm rockets would have carried 50 to 60 liters of sarin.

That's just too much to mix up (two precursors have to be blended) without having military facilities and major protective gear.

The HRW report does not answer one of the most puzzling questions about the attack: Why would the Syrian government have carried it out on the very day U.N. weapons inspectors were in Damascus, just a few miles away?

But in the absence of an answer, this report makes a compelling and persuasive read.