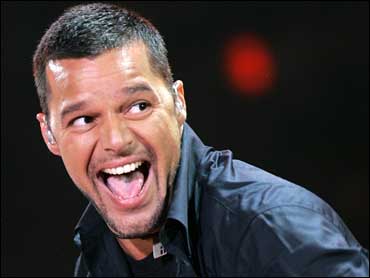 Singer Ricky Martin's admission earlier this week that he is gay has led to widespread speculation about a possible boyfriend.

No such boyfriend has come forward, though several news outlets are reporting that he is a fellow Puerto Rico native who is helping Martin to raise his twin boys, Matteo and Valentino, born to a surrogate mother in August 2008.

Photos: Out in the Spotlight
Photos: Ricky Martin

Some Internet sites have shown photos of Martin with a well-built, dark-haired man on a beach and are suggesting that he is Martin's boyfriend.
The Miami Herald is among the media sites suggesting that Martin came out of the closet because his supposed boyfriend, tired of staying in the background, threatened to expose him.

So far, none of this has been confirmed by Martin or his representatives.

The "Livin' the Vida Loca" singer, whose sexual orientation has been the subject of gossip for years, made the announcement Monday on his Web site.

"I am proud to say that I am a fortunate homosexual man," wrote the 40-year-old star. "I am very blessed to be who I am."

According to his statement, which was written in Spanish and translated into English, his choice to come out was sparked by his decision to write his memoirs.

"Many people told me: 'Ricky it's not important,' 'it's not worth it,' 'all the years you've worked and everything you've built will collapse,'" he blogged. "I decided to move on with my life not sharing with the world my entire truth. Allowing myself to be seduced by fear and insecurity became a self-fulfilling prophecy of sabotage. Today I take full responsibility for my decisions and my actions."