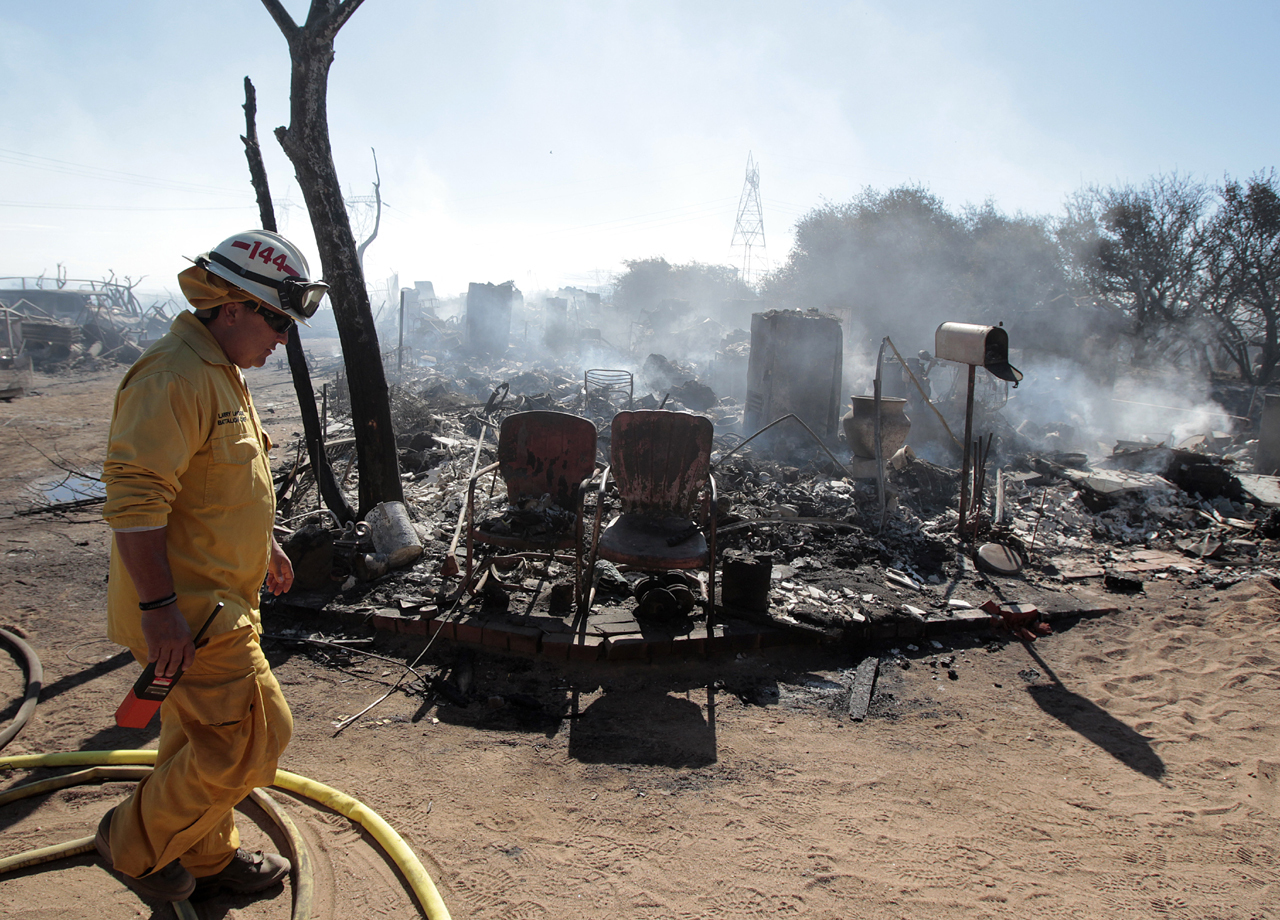 (CBS/AP) SAN BERNARDINO, Calif.- Jurors on Wednesday found Rickie Fowler guilty of murdering five men who had heart attacks as a result of the fire he deliberately started in the foothills above San Bernardino, reports CBS Sacramento.

The fire burned 91,000 acres and 1,000 buildings over nine days in October 2003. The men Fowler was charged with murdering, were aged 54-93, and died from heart attacks as they were rushed to evacuate and their houses burned down.

Fowler, 30, was found guilty of two counts of arson along with special circumstances that make him eligible for the death penalty.

While in prison awaiting trial, Fowler was sentenced to three terms of 25 years-to-life for sodomizing a fellow inmate.

Fowler became a suspect after witnesses reported seeing a passenger in a white van tossing burning objects into dry brush. Acting on a tip, Investigators interviewed him several months later but were not able to obtain enough evidence to file charges until six years after the fire, when Fowler was in jail on a burglary conviction.

In 2008, Fowler gave authorities a note admitting that he was present when the fire began and that he intended to start it, but his friend beat him to it.

In jailhouse interviews in 2009, Fowler denied confessions that he had made about throwing a lit road flare into the brush to spark the blaze, claiming that he was forced to make a confession.

Supervising Deputy District Attorney, Robert Bulloch called Fowler evil in closing arguments, stating that Fowler knew details about how the fire began that had not been revealed to the public.