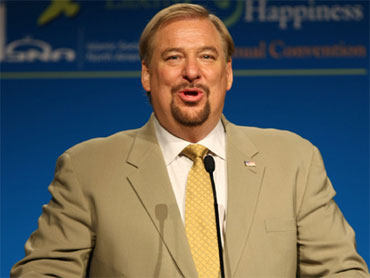 Evangelical pastor Rick Warren is begging parishioners at his Southern California megachurch to cough up $900,000 before Jan. 1 to keep the parish out of the red.

In an urgent letter posted on the Saddleback Church Web site on Wednesday, Warren says expenses are up because parishioners are out of work and "the bottom dropped out" when year-end donations dropped dramatically.

A spokeswoman for Warren said the church does not release financial details, so it's difficult to put the $900,000 shortfall in context.

Warren delivered the invocation at the inauguration of President Barack Obama and is the author of numerous books, including the best-selling "The Purpose Driven Life."