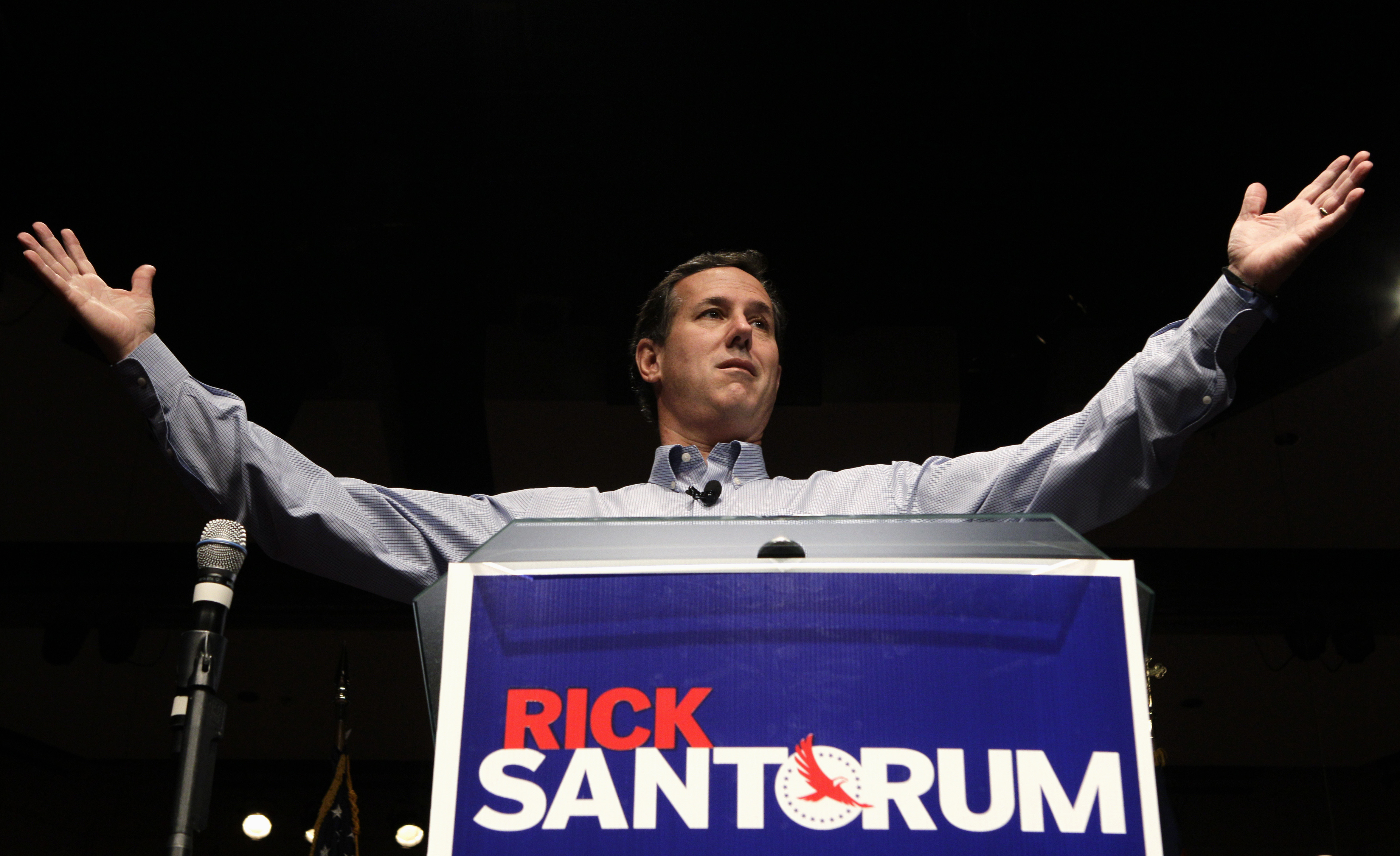 After saying "we've lost, unfortunately, our entertainment industry," Santorum told a Naples, Florida, audience that "we've lost our higher education, that was the first to go a long time ago."

"It's no wonder President Obama wants every kid to go to college," said the former Pennsylvania senator. "The indoctrination that occurs in American universities is one of the keys to the left holding and maintaining power in America. And it is indoctrination. If it was the other way around, the ACLU would be out there making sure that there wasn't one penny of government dollars going to colleges and universities, right?"

He continued: "If they taught Judeo-Christian principles in those colleges and universities, they would be stripped of every dollar. If they teach radical secular ideology, they get all the government support that they can possibly give them. Because you know 62 percent of children who enter college with a faith conviction leave without it."

Santorum went on to encourage his audience not to "give money" to colleges and universities that he said are causing harm to the country.

Santorum said at the same event that he is leaving the Florida campaign trail this weekend - ahead of the state's January 31 primary - to go home and retrieve his tax returns, so he can release them.