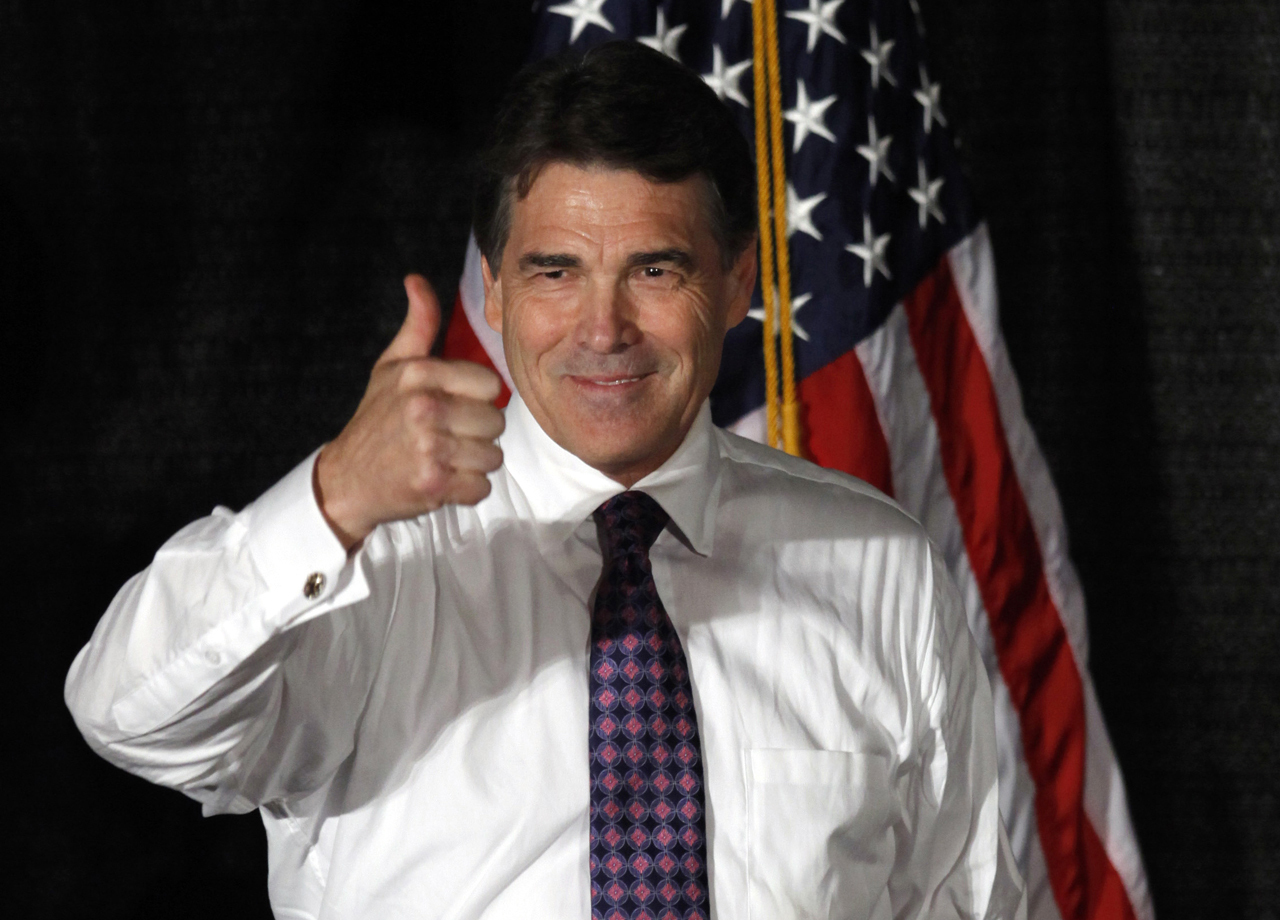 The second poll in as many weeks shows Texas Governor Rick Perry at the front the pack of the 2012 Republican presidential contenders - and he's got a strong lead over former Massachusetts Governor Mitt Romney, once widely considered the putative frontrunner in the race.

The CNN/ORC International Poll, which surveyed Republicans and GOP-leaning independents, showed Perry with 27 percent  support. Romney trailed with 14 percent, and Sarah Palin, who may or may not even enter the race, followed with ten percent support.

Rep. Michele Bachmann and former New York City Mayor Rudy Giuliani (who, like Palin, has yet to announce a decision about entering the race) both got nine percent, and former House Speaker Newt Gingrich and Rep. Ron Paul weighed in at six percent support.

The poll signals what appears to be a continuing Perry surge in the campaign: Last week, a Gallup poll had him leading Romney by twelve points, with 29 percent support to Romney's 17 percent.

But Perry's strength could also be a product of his relatively recent entrance into the contest for the Republican nomination. CNN polling director Keating Holland points out that popular late-entrance candidates in past elections did not always have staying power.

"In 2003, Wesley Clark was a late entrant in the Democratic field and almost immediately jumped to the top of the pack. Fred Thompson did the same thing four years later on the GOP side and quickly was in a virtual tie for first place. But by November, both men had dropped in the polls and neither did very well when the voting started," says Holland. "Bill Clinton was a late entry in 1991 - he filed his papers with the Federal Election Commission in August - but the Democratic field that year was much less crowded than the GOP field today."