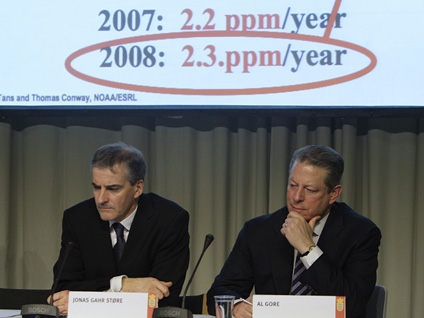 Unable to find a piece of mail connected to the Senate ricin scare, investigators say they are expanding their probe to include the possibility that someone placed the poison in an office mailroom or that it arrived in an older envelope or package.

"We are taking a look at every possible angle," said Michael Mason, chief of the FBI's Washington field office.

The ricin was discovered in Senate Majority Leader Bill Frist's office. Law enforcement officials say no letter or note has been found indicating how it got there, who was behind it and whether the Tennessee Republican was the target.

"We have not found a hot letter," Mason said Thursday.

Mail has been the primary focus of the probe since Monday, when an intern found a small amount of ricin on a mail-sorting machine in Frist's office. But no further ricin or other evidence was in the stacks of letters nearby.

Investigators now must consider if the ricin was placed on the machine by someone or if it had spilled out of an older letter and been there for a long time. If so, investigators would have to trace the paths of these older letters, some of which may have been destroyed.

Meanwhile it emerged that President Bush asked Congress to eliminate an $8.2 million research program on how to decontaminate buildings attacked by toxins — the same day the poison shuttered Senate offices.

Critics said Thursday they were surprised by Mr. Bush's request, included in his 2005 budget proposal.

"It is a stunning example of the budget choices this administration has made, where tax cuts for elites are more important than public health or adequate homeland security," Senate Minority Leader Tom Daschle, D-S.D., said.

Daschle's office was the target of an anthrax-laced letter in October 2001 when he held Frist's job.

The discovery of the ricin prompted the closure of three Senate office buildings, one of which reopened Thursday, and decontamination procedures for staff and Capitol police officers who were at the scene. Ricin is a highly toxic substance with no known antidote. It can easily be made from castor beans.

Although no one has become ill from the ricin, nine staffers in Frist's office were asked to submit two blood samples to Navy medical researchers, Frist spokesman Nick Smith said. The aides were told it was to see if they had developed antibodies to the ricin, which might aid in development of an antidote.

Investigators are interviewing people who visited the buildings before the ricin's discovery, as well as employees. They described everyone so far as cooperative.

One Senate aide who was questioned and spoke on condition of anonymity said he had not been contacted for a second round and knew of no other staffers who were being questioned again.

As the investigation progressed, life began returning to normal on Capitol Hill.

The Russell Senate Office Building, the oldest and closest to the Capitol, reopened shortly after noon Thursday. The other two office buildings are to reopen by Monday morning, though Daschle said all buildings could open Friday.

The ricin investigation is not limited to Capitol Hill. Authorities are examining whether there is any link between the toxin found in Frist's office and that mailed in two letters by a self-styled "Fallen Angel" angered by new federal rules requiring longer rest periods for truck drivers.

Those letters were found Oct. 15 at a mail facility in Greenville, S.C., and Nov. 6 at an offsite location where mail is processed for the White House. The "Fallen Angel" author, claiming to be a tanker fleet owner, threatens in both letters to "start dumping" more ricin if the new rules are not repealed.

White House budget office spokesman Chad Colton said that each of the administration's budgets, including its 2005 proposal, has "invested substantial resources" into studying ways of preventing and responding to bioterrorism.

In the documents, the agency said that losing the research money would "force it to disband the technical and engineering expertise that will be needed to address known and emerging biological and chemical threats in the future."

There have now been two toxin attacks, first anthrax and now ricin, that have caused serious disruptions in Congress.

In 2001, the EPA for the first time had to decontaminate a government building of anthrax bacteria. Anthrax-laced envelopes were mailed that fall to news media and government offices, including those of Daschle and Sen. Patrick Leahy, D-Vt.

The cleanup of the nine-story Hart Senate Office Building cost more than $23 million. It took three months before the Centers for Disease Control and Prevention declared it safe.

The EPA was given responsibility in 1998 for cleaning up buildings and other sites contaminated by chemical or biological agents due to terrorism. Eliminating money for agency research into building decontamination would be irresponsible, environmentalists said.

"When it comes to the EPA budget, these people are so reckless with the red pen that they'll chop out even programs essential to protecting Americans from terrorist attacks," said Philip Clapp, president of the National Environmental Trust, an advocacy group. "Building decontamination has been EPA's homeland security role."