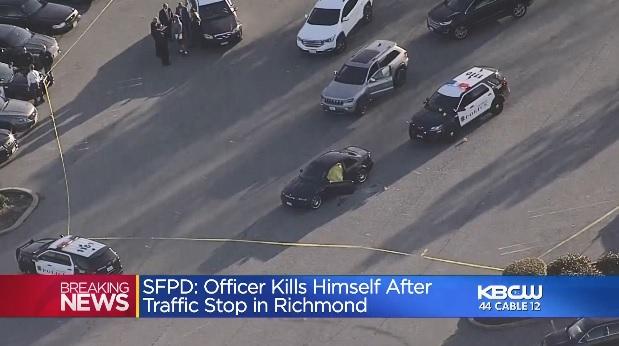 RICHMOND, Calif. -- Authorities say a San Francisco police officer shot and killed himself after a traffic stop in northern California. Law enforcement sources tell CBS San Francisco the officer was being investigated for sex with a minor in Las Vegas.

Richmond police said they pulled the suspect -- who was later identified as the police officer -- over in the Hilltop Mall parking lot, near J.C. Penney.

After stopping the vehicle, the responding officer heard gunfire and called for help.

San Francisco police have not identified the officer yet, but CBS San Francisco confirmed that the car is registered to Antonio Cacatian.

The case is being investigated by the district attorney's office.