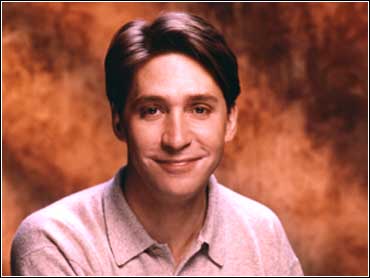 Instead of finding stories as most reporters do, CBS News Correspondent Steve Hartman uses a highly sophisticated piece of newsgathering equipment: a dart. He asks a person on the street to throw a dart at a map to help him choose where he'll go next in search of a story. Once there, he picks a subject at random from the phone book. The premise is that "everybody has a story." In Lewistown, Mont., he found a house painter who knows what money can't buy.

People always think their stories are too boring for television.

Take J.C. Gilpatrick: "I said my life was about as interesting as watching paint dry," he says.

The guy had a point. Gilpatrick is 75 years old, and he has spent most of those years painting houses. That suits him just fine: "To be the richest man in the world never did excite me," he says. "I always said as long as you're comfortable, what do you want to be rich for? What's the point?"

Gil lives with his wife, Joanne, in a modest little house in a quiet little town known for its annual Chokecherry Festival and for the beautiful precious gem that sounds like an ugly foreign car. The yogo, Lewistown's pride, is a kind of sapphire that's found only here.

These yogos are perhaps the rarest, truest, bluest sapphires in the world, which is why they cost about as much as diamonds.

And guess who may own more of these rocks than anyone else in the state of Montana?

Did he ever dream he would be as successful at it as he was?

Says Gil: "There used to be a guy here. I always figured he was arrogant. And I used to go over to his house and he had this stuff....I would come home and say, 'Just give me a few years, I'll have stuff like you have never seen.'"

Today, tucked away in a safe deposit box, Gil has, give or take, about 1,000 stunning yogo sapphires. Almost all of them are cut to perfection by the hands of a house painter.

He knows what the next question would be: "How come you don't retire?"

"You have heard that before?"

Gil says he never looked at sapphires as a way to improve his standard of living. As he puts it, it's "just something to do."

To pass his hobby on to the next generation, Gil started a kid's rock club. His grandson, Drew, is a member.

Would Drew rather look for rocks or go to Disneyland?

When Drew is told he could get rich, "No," respnds Drew. "What do you want to be rich for?"

One day he may or may not inherit all those yogos. But one thing is for certain. He has already inherited his grandfather's most precious gem.