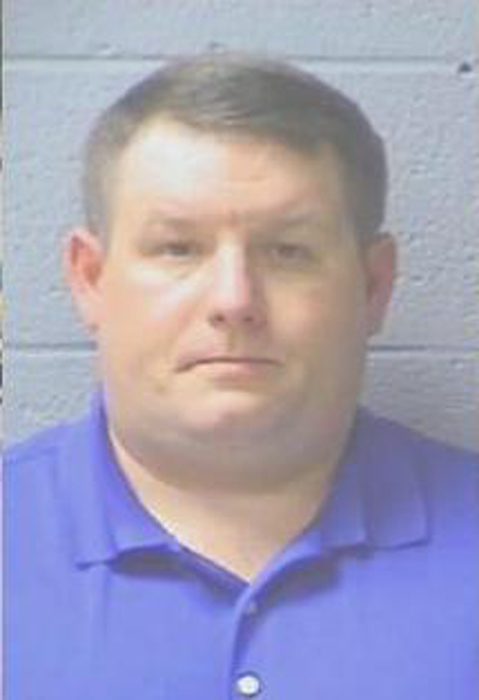 ORANGEBURG, S.C. -- A white man who was the police chief in a small South Carolina town was charged with murder Wednesday in the shooting death of an unarmed black man nearly four years ago.

Combs worked in Eutawville - population 300 and one-third black - when Bernard Bailey came to Town Hall to argue about his daughter's broken-taillight ticket in May 2011. Combs tried to arrest Bailey on an obstruction of justice charge, prosecutors said. Bailey marched back outside to his truck, and Combs tried to get inside. The two briefly fought, and then the police chief shot Bailey, 54, twice in the chest in his pickup.

Combs said at an earlier hearing that he was tangled in Bailey's steering wheel as he tried to shut off the ignition and feared for his life if Bailey drove away.

But prosecutors said Combs was the aggressor, following Bailey as he tried to get away.

State investigators began reviewing the shooting in March 2013 after a U.S. Justice Department investigation determined Combs did not violate Bailey's civil rights. In August 2013, state prosecutors charged Combs with misconduct in office, which carries a maximum of 10 years in prison.

The indictment issued Wednesday gives no indication of why the state decided to seek a murder charge, which would carry 30 years to life in prison if Combs is convicted. Prosecutors didn't return messages, and Combs' lawyers were not immediately available.

Combs was placed on leave after the shooting, and the town let him go six months later.

In August, Bailey's family reached a $400,000 wrongful death settlement with the city.

Combs is the third officer in South Carolina to be charged this year for an on-duty shooting. A white police officer in North Augusta was charged with misconduct in office in August in the shooting death of a 68-year-old unarmed black man at his home after a chase. A state trooper was charged with assault and battery of a high and aggravated nature in September when he shot an unarmed black man he had pulled over as the man reached in his car to get his wallet. That shooting was captured on the trooper's dashboard camera and shown around the world. Both officers are awaiting trials.