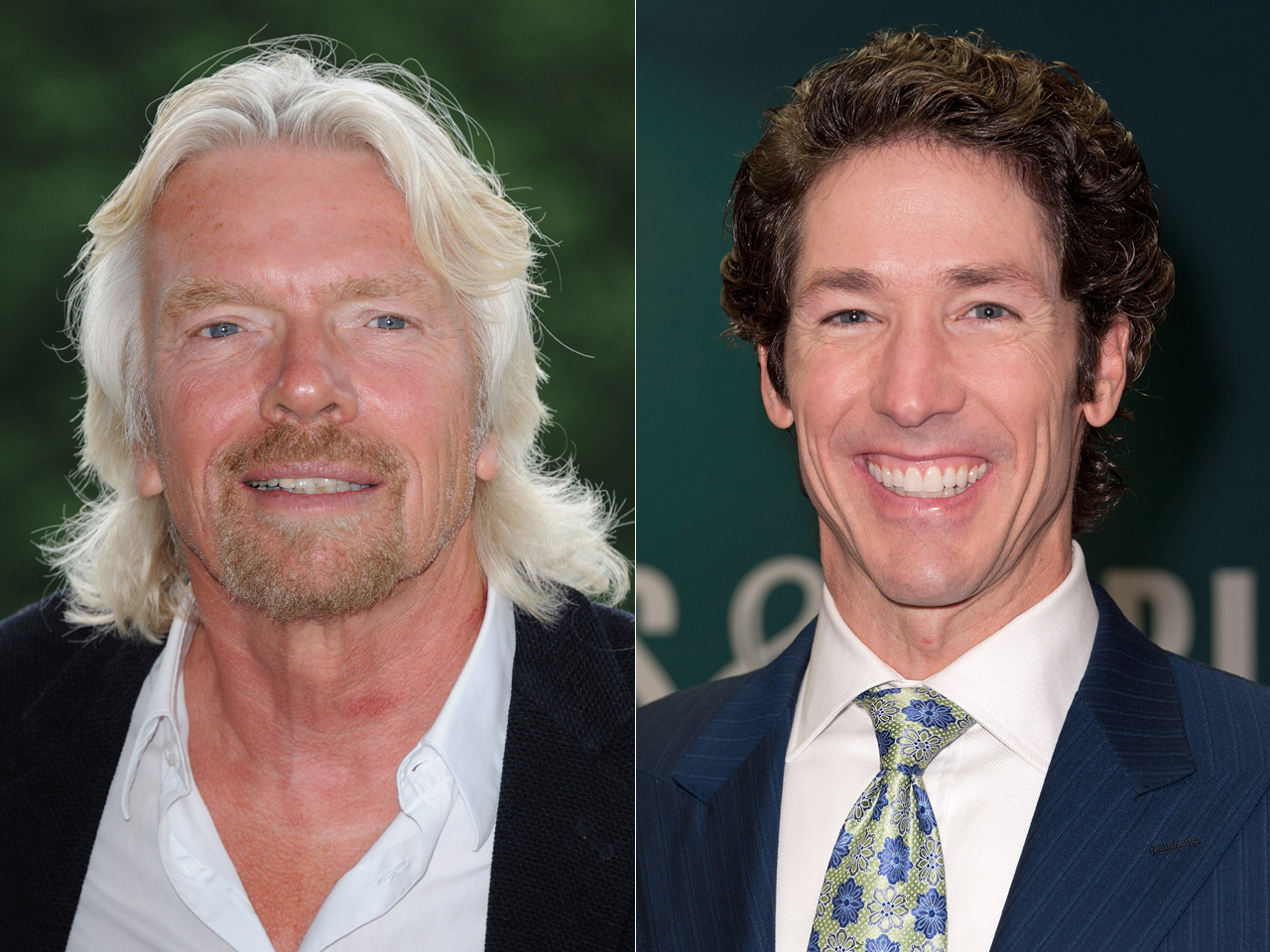 British tycoon Sir Richard Branson, who is behind the Virgin business empire that spans cable television, airlines and space tourism, will appear on "CBS This Morning" Tuesday.

Branson has made headlines recently for his efforts to commercialize space travel. Branson's Virgin Galactic venture expects to launch the inaugural flight of their SpaceshipTwo in 2013. He revealed he will make a 60-mile journey along with 120 other tourists who have signed on to take the $200,000 two-hour trip where only a select few have gone before.

Also to appear on "CTM" Tuesday: best-selling author, televangelist, and pastor, Joel Osteen, who is known best for his success as senior pastor of Lakewood Church in Houston. He will discuss his new book, "I Declare: 31 Promises to Speak Over Your Life."

Be sure to tune in Tuesday to "CTM" 7-9 a.m. ET for their full interviews.