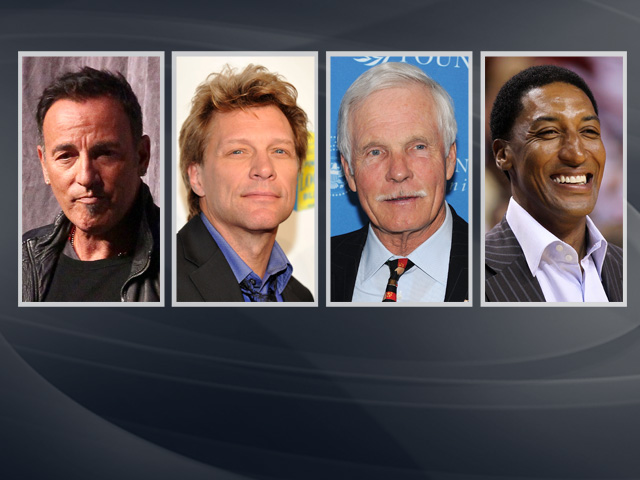 The U.S. may technically be deep in debt, but that hasn't stopped billions of your tax dollars from going to the wealthy.

CBS News investigative correspondent Sharyl Attkisson reports the first-ever compilation of how millionaires are using the social safety net comes from fiscal conservative Sen. Tom Coburn (R-Okla). He's looked at tax breaks, government loans and other benefits showing that, in recent years, more than $9 billion has gone to those who are far from needy.

From tax write-offs for gambling losses, vacation homes and luxury yachts to subsidies for ranches and estates, billions of your tax dollars are supporting the lifestyles of the rich and famous. The new report from Coburn counts the ways.

Entitled "Subsidies of the Rich and Famous," it says millionaires have received $74 million in unemployment checks in recent years, $316 million in farm subsidies, $9 billion in retirement checks, and taken out $16 million in government-backed education loans for college.

Superstar Jon Bon Jovi paid only $100 in property taxes last year on his extensive N.J. real estate holdings because he "raises bees" on it and gets farm subsidies.

Bruce "the Boss" Springsteen gets farm subsidies for leasing property to an organic farmer and Quincy Jones, who produced the top-selling album of all time, Michael Jackson's "Thriller," got a $25,000 award from the taxpayer-funded National Endowment for the Arts for his contribution to music.

Coburn says an award of "prestige" can be given to honor and recognize such megastars, but insists monetary payment is unnecessary -- and now unaffordable.

Taxpayer watchdog Leslie Paige works with Citizens Against Government Waste, a private, non-partisan, non-profit organization. She told CBS News, "Some of these programs are written so badly that, in fact, everybody's eligible for them, and the question has to be, and the taxpayers have to answer it -- are we OK with that? Are we OK with millionaires getting this money?"

Even millionaires who are out of work don't have to spend down their savings as fast as they might. They can collect unemployment on the shoulders of taxpayers. The IRS reports that 2,362 millionaires collected $20,799,000 in jobless benefits in 2009.

On "The Early Show," Attkisson added, "None of the celebrities mentioned answered requests for comment. And if there ever was a climate ripe for change, this could be the closest we've come. Facing a $15 trillion dollar debt, Congress is considering bills that would deny unemployment benefits to millionaires and cut farm subsidies for the wealthy. They're also talking about limiting Medicare and other entitlements for the rich."