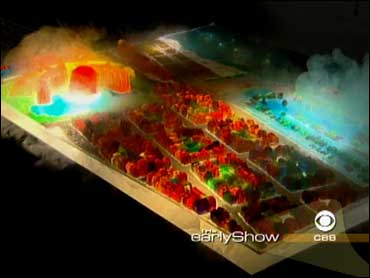 Inspired by the boa ballot of 1998, in which former professional wrestler Jesse Ventura was the last man standing in the Minnesota gubernatorial race, Ric Flair, another old pro, says he plans to run for governor of North Carolina this year.

It might be a good year for Flair, a Republican, to give the race a shot. Four-time Democratic Gov. Jim Hunt is retiring this year, and that leaves a political vacuum at the gubernatorial level.

Widely known among wrestling fans as "The Nature Boy," Flair first made comments to this effect on a talk show Monday. He has reiterated his plans even since.

"I'm dead serious," he told Charlotte Observer. "I'm putting together a team, and I'm going to take a shot at it."

Flair's supporters on the Internet have been pressing his cause for quite a while now.

They even have a prototype for a campaign ad. It's geared toward the presidency, but that might be aiming a bit high at the moment.

Nevertheless, the man who made the "figure-four" leglock a common phrase in some circles may now be planning for budget battles and guberatorial addresses.

"It's a new challenge, one that I've been asked by a lot of people to take," Flair told the Observer. "I may have to tone down a few things, but I think charisma can go a long way."

The six-foot-one, 243-pounder says he was inspired by the political success of former wrestler Jesse Ventura -- now governor of Minnesota.

Employees at Flair's gymnasiums, which are spread across the state, said they did not know how to reach their boss. One did say that, from time to time, Flair can be found in any given gym signing autographs and "whupping the troops into shape."

Flair, a two-time World Wrestling Federation champion, seems to espouse the view that American leaders need to be strong in order to win back the respect of the world.

He operates a chain of weight-lifting gyms in North Carolina, and he's been spotted at Republican political events in the state. Flair was born in 1950 -- in Minnenota no less -- with the name of Richard Morgan Fliehr.