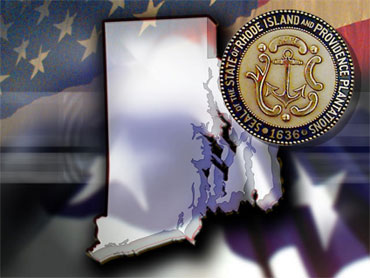 The country's smallest state has the longest official name: "State of Rhode Island and Providence Plantations."

A push to drop "Providence Plantations" from that name advanced farther than ever on Thursday when House lawmakers voted 70-3 to let residents decide whether their home should simply be called the "State of Rhode Island."

It's an encouraging sign for those who believe the formal name conjures up images of slavery, while opponents argue it's an unnecessary rewriting of history that ignores Rhode Island's tradition of religious liberty and tolerance.

The bill permitting a statewide referendum on the issue next year now heads to the state Senate.

"It's high time for us to recognize that slavery happened on plantations in Rhode Island and decide that we don't want that chapter of our history to be a proud part of our name," said Rep. Joseph Almeida, an African-American lawmaker who sponsored the bill.

Banished from the Massachusetts Bay Colony for his unorthodox religious views, minister Roger Williams set out in 1636 and settled at the northern tip of Narragansett Bay, which he called Providence Plantations. Williams founded the first Baptist church in America and became famous for embracing the separation of church and state, a legal principle enshrined in the Bill of Rights a century later.

Other settlers made their homes in modern-day Portsmouth and Newport on Aquidneck Island, then known as the Isle of Rhodes.

In 1663, English King Charles II granted a royal charter joining all the settlements into a single colony called "The Colony of Rhode Island and Providence Plantations." The name stuck. Rhode Island used that royal charter as its governing document until 1843.

Opponents of the name charge argue that "plantations" was used at the time to describe any farming settlements, regardless of slavery.

Rhode Island merchants did, however, make their fortunes off the slave trade. Slaves helped construct Brown University in Providence, and a prominent slave trader paid half the cost of its first library.

"There are different meanings for this word," Lemons said. "To try to impose their experience on everyone else wipes out Roger Williams."