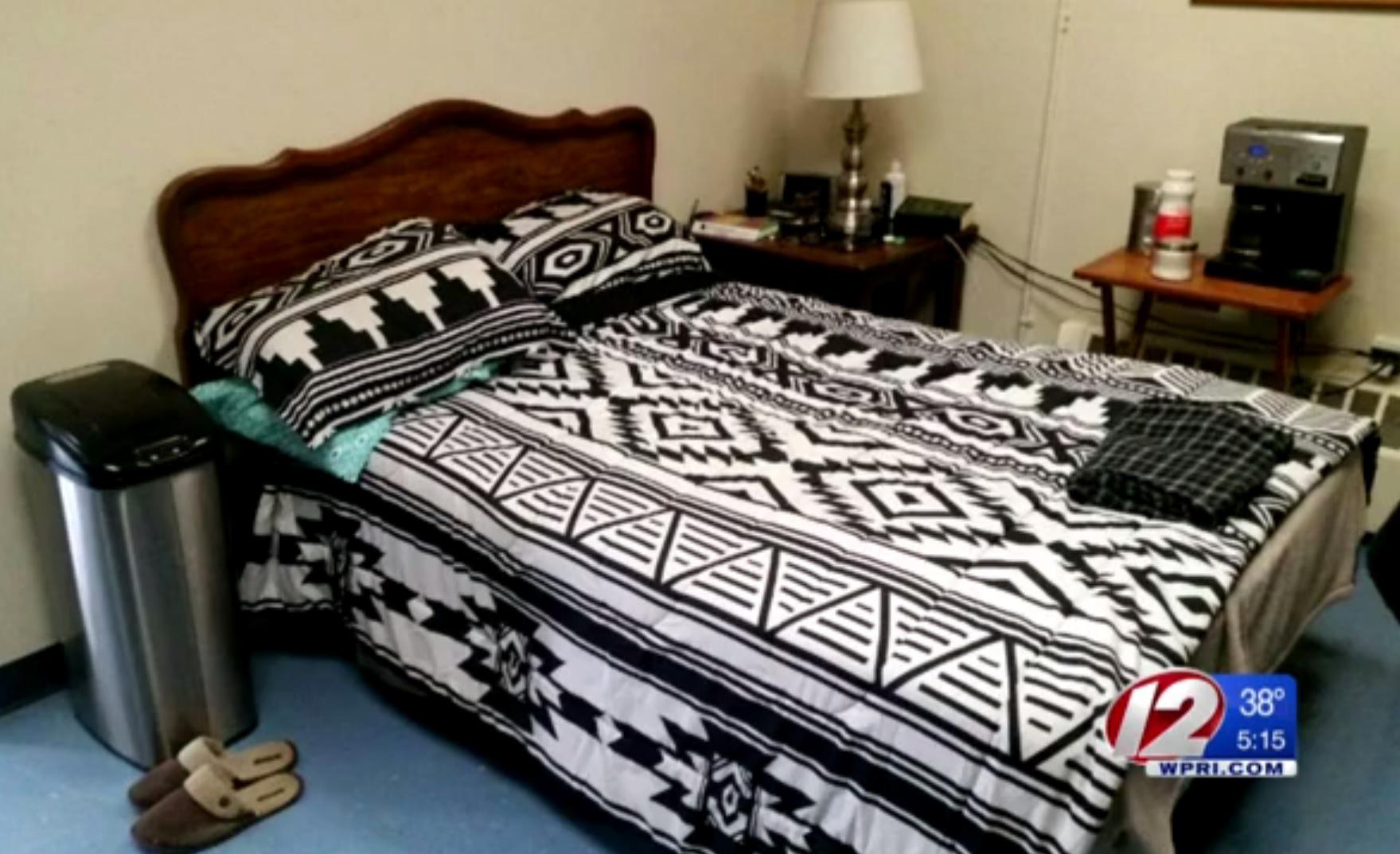 CRANSTON, R.I. -- An employee of a Rhode Island city wasn’t sleeping on the job -- it appears he was sleeping at his job.

CBS affiliate WPRI-TV reports that a Cranston Highway Department worker who had just sold his house set up a makeshift bedroom on the second floor of the department’s building.

A photo making its way around social media shows a room with a bed, a nightstand, coffee maker, even slippers and what appear to be pajamas.

City Administration Director Robert Coupe confirms that an employee has been disciplined. He says the bedroom was in use for a short period of time and the setup has ended.

Coupe declined to let WPRI into the building to check out the second floor, saying it was a “working garage.”

“A city employee has been disciplined and has been told it’s unacceptable to be sleeping in the highway garage,” Coupe said.

The worker’s name has not been made public.

WPRI spoke to the employee, who said “I can’t talk to you” and declined to allow cameras into the building, nor did he want to comment when showed the picture of the room.

Tax records indicate that the employee closed on a home he was selling on Feb. 24.