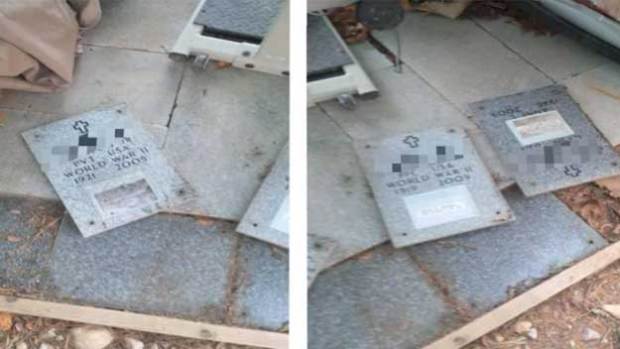 PROVIDENCE, R.I. -- Federal prosecutors say an employee of the Rhode Island Veterans' Cemetery has agreed to plead guilty to the theft of granite grave markers and other cemetery items.

As part of his plea agreement filed in federal court, Kevin Maynard will plead guilty to one count of theft of government property. Court filings indicate the government will recommend the 59-year-old Charlestown resident get one year of probation and serve 500 hours of community service.

Prosecutors said that during an April 23 visit to Maynard's home, investigators from the Veterans Administration and the Rhode Island State Police found at least 150 grave markers being used as flooring in a shed and two garages.

In an affidavit, VA special agent Jason T. Kravetz wrote "he observed automotive fluids and debris scattered over the gravestones," according to CBS affiliate WPRI.

The search also found other headstones and American flags believed to be cemetery property.

Maynard is to appear in federal court July 13.

The headstones that mark the graves at the cemetery are provided free of charge to families of veterans by the U.S. Department of Veterans Affairs, according to WPRI.