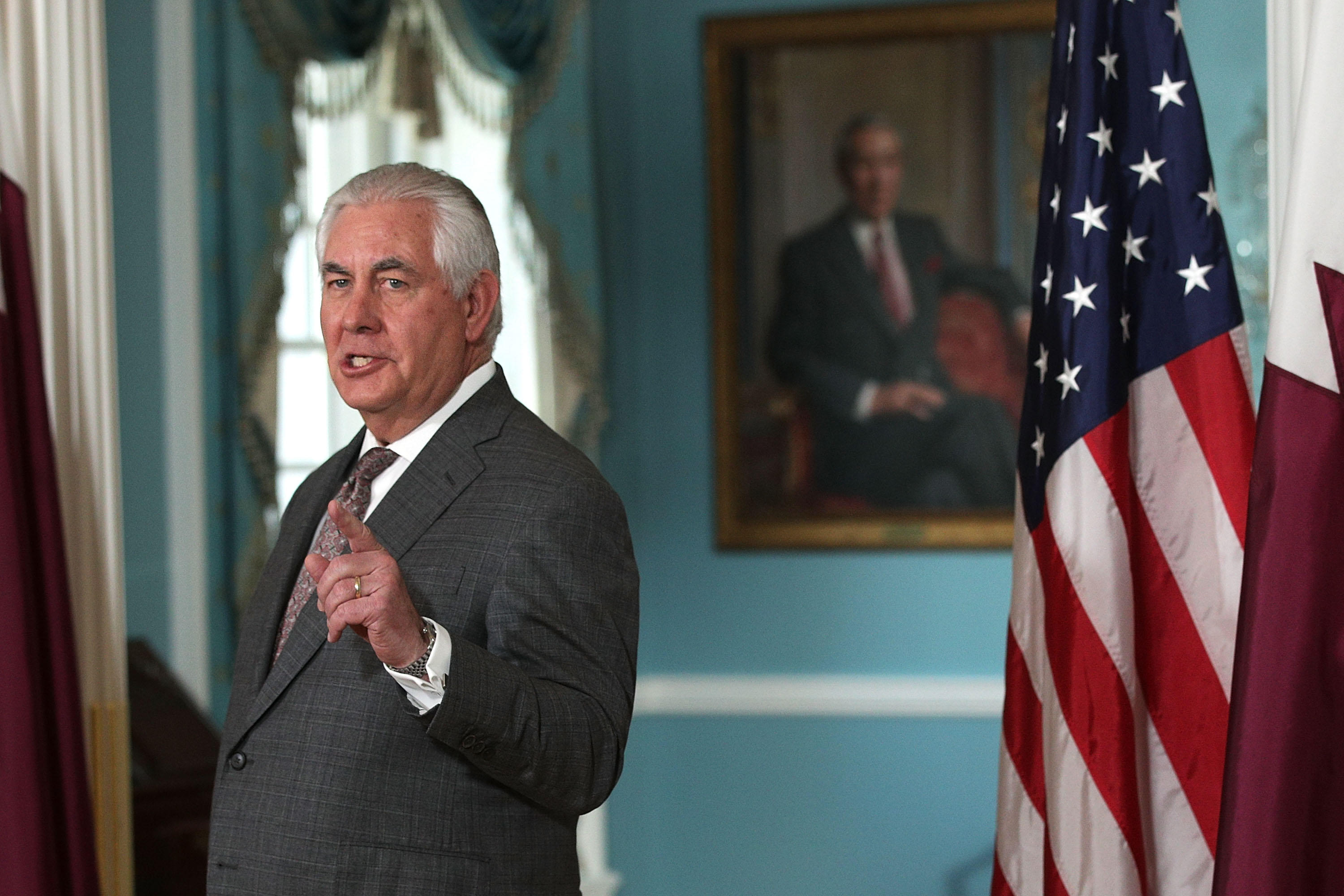 State Department officials are accusing Secretary Rex Tillerson of breaking the law in his decision not to list Myanmar, Afghanistan and Iraq as countries that use child soldiers. The officials signed a dissent memo, obtained by CBS News and first reported by Reuters a few months ago. Just this month, the case was reported to the State Department's inspector general.

The letter complains that the secretary's office "has its own 'legal interpretation'" of the law that says Tillerson can "personally decide" which countries should be designated and which ones should not. This, according to the letter, erodes the rule of law.

The dissent memo also makes the case that the decision prevents the U.S. from effectively pursing diplomacy. It says that this move "risks marring the credibility of a broad range of State Department reports and analyses and has weakened one of the U.S. government's primary diplomatic tools" that seek to prevent armed forces from using children.

Each year the Trafficking in Persons report identifies countries that have used child soldiers, as required by the Child Soldiers Prevention Act of 2008. It is a diplomatic tool for the U.S. government to pressure countries to stop a practice that is condemned worldwide and blocks the U.S. from providing military support to the countries. Taking countries off the list streamlines the process of providing them with U.S. military aid.

"We have tried every which way to convince Tillerson to do the right thing and keep the department in compliance with the law as written," says a State Department official who worked internally to convince the secretary to comply. When those efforts did not come to fruition, the individual worked on the dissent memo, waited for a response and then filed the complaint with the OIG.

In the past, the White House has issued waivers for the U.S. to support the militaries of the countries on the list – in terms of receiving aid, training and weapons from Washington --- when it was in the US "national interest." Obama used waivers many times during his administration and saw some criticism for the frequency with which he used this loophole.

Tillerson's office does not want to use the same tactic as previous administrations. Brian Hook, the State Department's director of policy planning, wrote a memo back to those who has signed the dissent memo explaining the need to "create the maximum incentive for progress" for countries that are taking efforts to end the use of child soldiers. He notes that the report said that forced conscription "continued to decrease significantly" in Myanmar, with just two verified cases of child recruitment by the Burmese military in 2016.

"Part of it has to do with the numbers in the reports," Nauert said in the State Department briefing on Tuesday." She explained "there are countries that use lots and lots of children" and some countries that do not.  She was then asked if one child soldier was one too many and said that it is a "fair question."

The State Department employees fighting this decision, however, argue that a country decreasing the number of child soldiers is not enough for it to meet the legal determination to be left off of the list.

Over the last few months, frustration among career civil servants in the department has grown more and more pronounced. Across the board, they explain that they are left out of policy making. In this case they say that ignoring their advice has led to an unlawful decision. This raises the importance of whistleblowers.

Sen. Ben Cardin, D-Maryland, wrote a letter to Tillerson advocating for the view of the State Department employees who are speaking out.

"Based on that dissent memo and the subsequent response from your staff, I am concerned about the precedent this action may set and the message it could send to countries that still have not ended child soldiering," said Cardin, the top Democrat on the Senate Foreign Relations Committee.