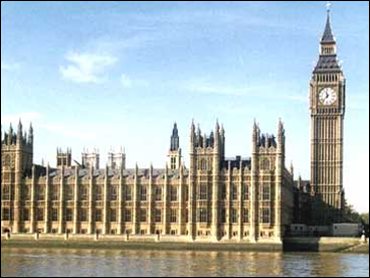 If you’ve ever visited a real English village you’ll know what I’m talking about. Ancient churches, cottages with roses round the doors, gentle quiet places. The English village is where nothing happens.

And English villages are run by parish councillors, who don’t have much to do because there isn’t much to do. The parish council might authorise a new wooden bench for the village green. That would be nice. Or arrange for the cricket pavilion to be repainted, nicer still. Parish councillors do lots of nice non-political things in a nice non-political way. They don’t even get paid. But the British Government doesn’t trust them. The British Government worries that they might be on the make. Might be concealing all sorts of pecuniary secrets. So the Government’s just brought in a new law ordering all parish councillors to declare what they earn, what they save, what stocks and shares they own, when they last spoke to Martha Stewart … you get the picture. You name it, everyone’s got to reveal it.

Trouble is they won’t. And there’s a revolution taking place in England’s villages. The Parish councillors are saying: it’s none of your business. Leave us alone. And if you won’t leave us alone then we’ll leave you alone. It’s already happened in Pilliton Priors up in leafy Warwickshire. The whole parish council quit. And nobody else is prepared to replace them. The council in West Illsley went the same way, and the one in Fittleton too. If it goes on like this there won’t be any parish councils left. There won’t be anyone to authorise a nice new wooden bench for the village green, or arrange for the cricket pavilion to be repainted. And I think that’s rather sad. Don’t you?