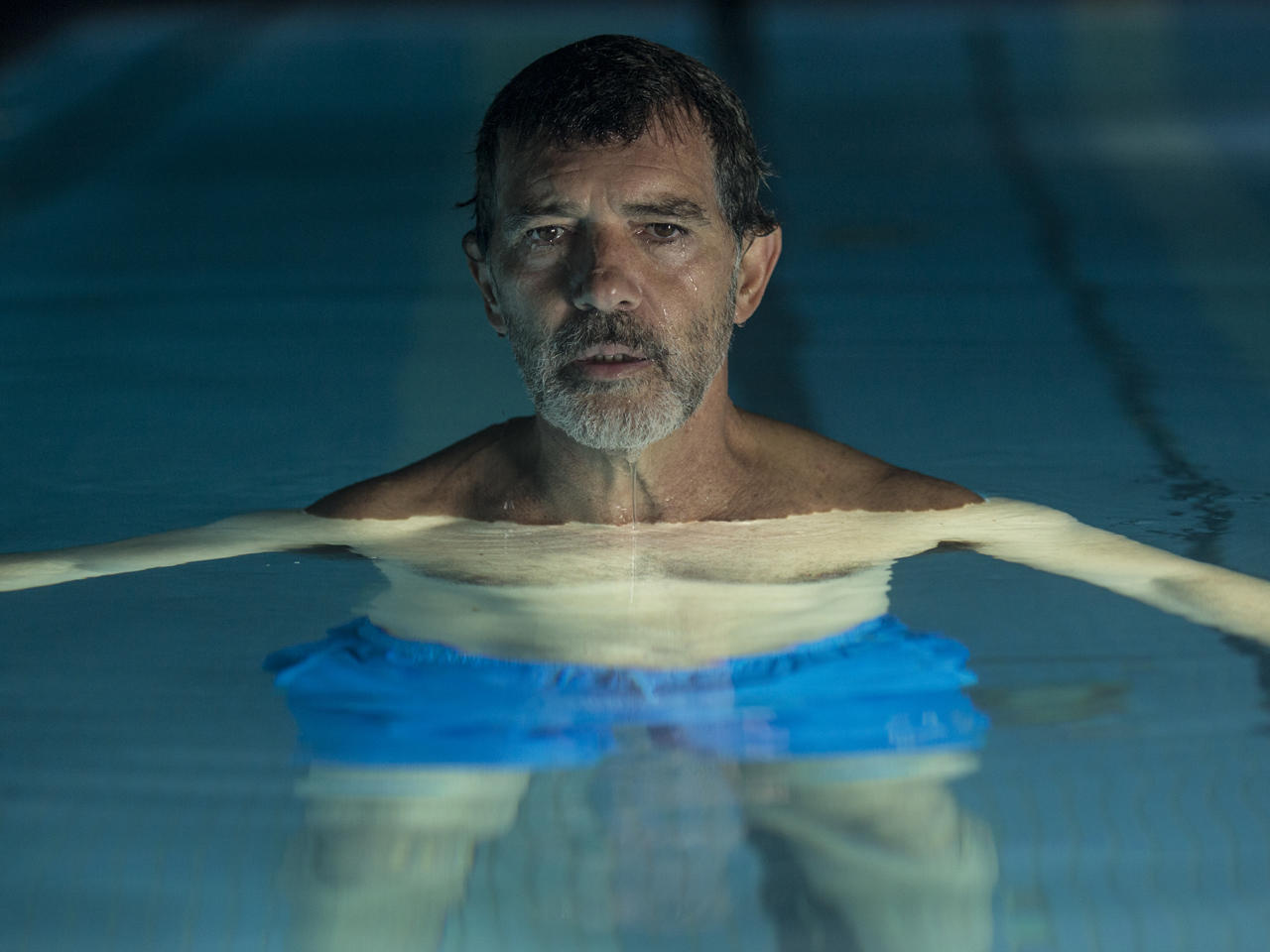 Spanish writer-director Pedro Almodóvar, best known for dramas such as "All About My Mother," "Volver" and "Talk to Her," and transgressive comedies like "Tie Me Up! Tie Me Down!" and "Women on the Verge of a Nervous Breakdown," turns 70 this year – an age at which filmmakers may pursue ruminative nostalgia pieces about their younger selves, told with the distance and irony that only an older artist can seemingly summon.

In what might be temptingly considered an autobiographical story, if only because it feels so personal, Almodóvar's latest film "Pain and Glory" (which made its New York premiere Saturday at the New York Film Festival), concerns a director who believes he can no longer direct, who has withdrawn into himself as he feels the increasing physical deprivations of age, and who turns to the past by delving into memories and regrets as he enters what may be the last act of his life.

From such a dark juncture Almodóvar has conjured a story that is ultimately positive and resistant to doubt, even when the specter of death and loss is not very far away. Here, Almodóvar turns his attentions to the aging of the body (which can defeat the artistic will),  and to the power of memory (which can rescue it).

Antonio Banderas (winner of the Best Actor Award at this year's Cannes Film Festival) plays Salvador Mallo, a noted filmmaker who has reached the age when career summations are warranted, if not exactly sought by him. When a 32-year-old film of his is restored, he is invited to present it at a cinematheque along with the film's star, Alberto (Asier Etxeandia), an actor from whom Salvador has been notoriously estranged. Alberto has survived despite his various addictions, including heroin, and when Salvador shows up at his door unannounced to request his attendance at the cinematheque, he asks Alberto if he can join him in smoking some heroin because, why not? Not the best of decisions, but Salvador seems lost with regards to his future. He gives away his stories, uninterested in staging them himself, and even refuses to accept authorship, as if he were running from his own past.

We have already been introduced to a litany of Salvador's physical afflictions, from spinal injuries to tinnitus, that have squelched whatever drive he has to produce work. If he is lamenting this situation, he doesn't project it – others are more despondent over the lack of another Mallo film than he seems to be, as he treats his pain with drugs and prescription meds.

So, are "pain" and "glory" mutually exclusive, or are they necessary companions? In interviews Almodóvar has stated that back surgery a few years ago only spurred him on to be more productive – the work dulled his pain. Salvador, however, seems to have taken a different path, engrossed with memories of his childhood, and of his mother, Jacinta (played in flashback by Penelope Cruz), while convincing himself he is not up to being creative. But surprisingly, as he accepts this flood of memories, it stirs him to furtively write again, a condition that seems to open himself up to the serendipity of the universe, and reconnect with figures from his past.

Selected as Spain's entry for this year's Academy Award for Best International Feature Film, "Pain and Glory" is surprisingly subtle given some of Almodóvar's past work, and yet it feels of a piece for a filmmaker whose canon, from Madrid film student to internationally recognized auteur, is filled with tales in which artificiality and reality seem interchangeable. In Almodóvar's hands, a flashback isn't necessarily a flashback, a piece of art is not frozen in time, and mortality can be embraced and taunted at the same time.

"Pain and Glory" (Dolor y Gloria)," released by Sony Pictures Classics, screens at the New York Film Festival September 28 and 29, before opening in theatres in New York and Los Angeles on October 4. In Spanish, with English subtitles. Rated R, for drug use, language and nudity. 113 minutes.