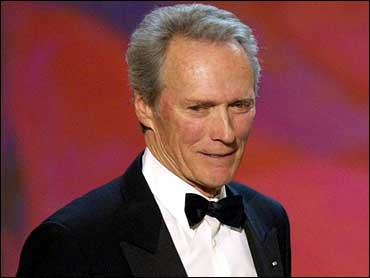 "Invictus" is a sports film that is more about what's happening in the stands than on the playing field.

It's South Africa in 1990 and change - as seen in the first scene of the film - is literally coming down the street. After 27 years in prison, Nelson Mandela (Morgan Freeman) has been released.

Clint Eastwood's camera lowers on a motorcade. On one side of the road, an all-white rugby team practices on pristine, green grass. On the other, black youths play soccer across a dirt field. Between the two rolls Mandela - "Madiba" to his followers.

"Invictus," too, cuts an unlikely path, choosing to tell the story of South Africa's sea change under Mandela's leadership through the prism of sport. It's the story of a nation's shift, as evidenced by its bleachers.

The filmmakers, perhaps sensing Mandela's enormous accomplishment may be too outsized for a simple movie to convey, narrow their sights on Mandela's calculated embrace of the nation's rugby team. It comes off like a case study in leadership, perhaps a bit clinical and limited, but still deeply revealing.

After a series of newscasts, we're swiftly ushered to 1994, when Mandela is taking office after his momentous election.

Quickly, Mandela makes it clear that everything in his administration will reflect a unified South Africa, which he hopes to be "a shining light in the world." He tells his head of security (Tony Kgoroge) that he, too, will work alongside white Afrikaners. He even urges them to smile while pushing people away.

It also starts with rugby. Mandela attends a game between South African's national team (the Springboks) and England. The crowd, many waving apartheid-era flags, largely boos Mandela. The few black fans - who have always seen the Springboks as a symbol of apartheid - actually cheer for their opponent.

Many want to do away with the Springboks name and their green and gold colors. Mandela, though, urges against this "petty revenge" and successfully argues for the Springboks to remain. Afrikaners are now their partners, he tells an all-black gathering, not their enemy.

With rugby's World Cup to be held in South Africa a year later, Mandela puts much of himself into making the Springboks both a champion and a galvanizing force of hope for the nation. He reaches out in particular to the team's captain, Francois Pienaar (Matt Damon).

It's a gamble, one unpopular among his followers. In many ways, Mandela is "exposed" - as the security team warns - in the rugby stadium. An exasperated adviser tells him to "at least risk it for something more important than rugby."

But the importance of sports and national symbols are at the heart of "Invictus." The movie, itself, exists as a lighthouse for inspiration. That saps it of some drama, cloaking its mission in importance - a weakness most felt when the film's key song, the atrociously sappy "Colorblind" by South African boy band Overtone, plays. But the film is nevertheless stirring.

Especially because of Freeman. There's great pleasure in watching the formidable actor play Mandela, a part he has chased for years, searching for the right project. It feels like destiny fulfilled, hearing Freeman speak Mandela's halting, humble speech and watching his slow, deliberate movements.

Always slightly removed, he has his demons, too. We see the hint of sadness in his eyes at the mention of his family - many of whom were estranged from him. Mandela was twice divorced.

Few besides Freeman could bring the necessary weight to such a role. None, in fact, readily come to mind.

Many films about great black men are unfortunately told from the perspective of a white man, but Pienaar is more of Mandela's pupil. Damon, bleach blond and bulked-up, looks and acts the part, complete with South African accent. Like all of us, he can't help but be astounded by Mandela.

"Invictus" is dripping with inspiration - how to summon it, how to communicate it. Late in his career, Eastwood seems to be finding it everywhere. His recent run, from "Mystic River" to "Grand Torino" and the underrated "Changeling," continues to be a place it resides.