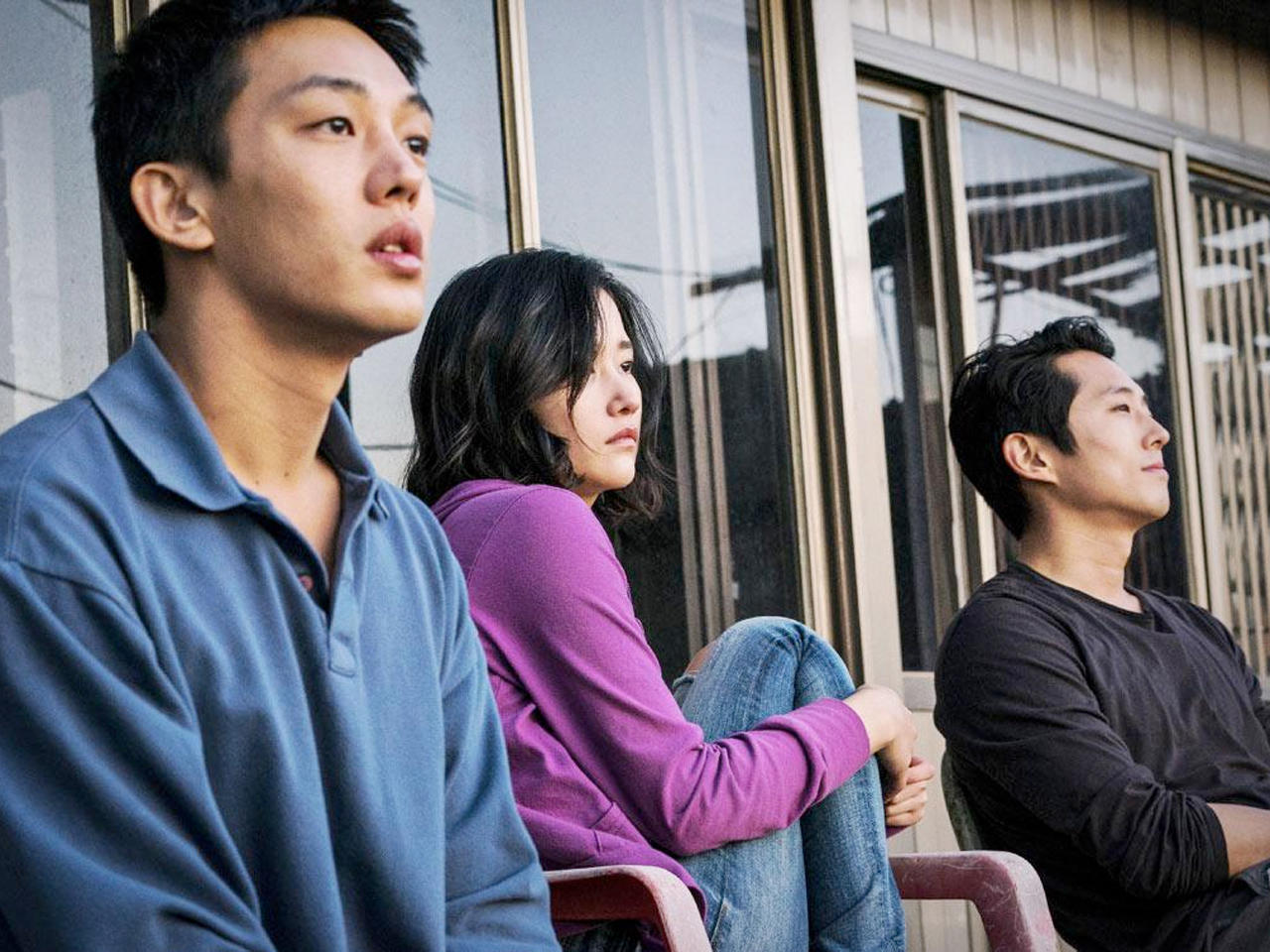 It begins as did many a classic film noir or a French New Wave film of the '60s, in which the combustible ingredients are a surly male figure and an unpredictable, alluring female with a secret side.  It isn't long before the two hook up, and set in motion a chain of events in which someone, somewhere, winds up dead.

Based on a story by Haruki Murakami, the new Korean film "Burning" (making its debut today at the New York Film Festival) tells of a hapless young man, Jong-su, an aspiring writer who lacks the creative impulse to get started. Those creative juices may be supplied when he runs into Hae-mi, a young girl he kind of knew back in his rural hometown, who is now all grown up.

But we can see right off the top that, even though she is quick to lure him into bed, Hae-mi is also flighty – she skips town for Africa on a whim, and comes back weeks later trailed by another young Korean right out of "The Great Gatsby": the rich, mysterious Ben. This romantic triangle spurts forward, with Jong-su standing with one foot in the social circle of wealthy, suave Ben, and the other in the mud of his family farm, which he's minding while his dad cools his heels in jail on an assault charge.

As it happens, violence isn't foreign to Jong-su, but one imagines his fuse, once lit, would take a very long time to burn.

"Burning" is a long, slow fuse leading to a superbly acted and staged explosion of violence, even if the target of that violence seems surprising and, perhaps, undeserving.

In her first film, Jeon Jong-seo brings instant star appeal to her free-spirited Hae-mi, not so innocent but not quite worldly enough to fit the mold of a femme fatale. Seemingly lacking true duplicity, she puts the onus on her male counterparts to test the boundaries of ethical behavior. Jong-su tries to do the right thing, but a family history of violence and ill temperament makes the audience wonder how long he can maintain a rigid moral code, which Ah-in Yoo plays by keeping his cards very close to his chest.

As Ben, Steven Yeun has a sinister side, revealing a secret involving arson that may or may not be a ploy to reel Jong-su into his confidence, which may or may not be germane to their mutual attraction to Hae-mi at all. What is he up to? It's hard to see, as the moneyed sheen of his life is so shiny that it only reflects the jealousy or disdain of those, like Jong-su, on the outside.

With evocative, chilling cinematography, director Chang-dong Lee takes his time laying out a path for his characters, credibly building the mood of a triangle involving two men almost craving an excuse to live up to their traditional film noir roles – which can make things unpredictable at times. For when the femme fatale steps out of the picture, what's a homme fatale to do?

Winner of a critics' prize for directing at the Cannes Film Festival, and South Korea's entry for this year's Academy Award for Best Foreign Language Film, "Burning" (distributed by Well Go USA) will screen today and Thursday at the New York Film Festival, before opening in theatres October 26. In Korean with English subtitles. 148 minutes. The film is not rated, but contains nudity, sexual situations and violence, in that order.

To watch a trailer for "Burning" click on the video player below.